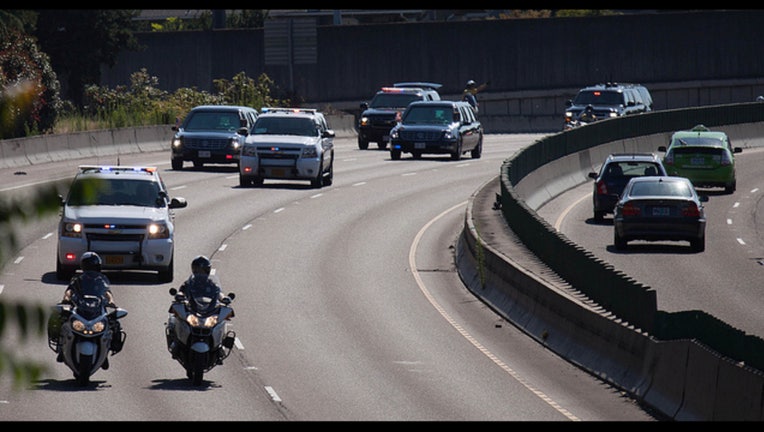 LOS ANGELES (CNS) - With President Barack Obama scheduled to visit the Los Angeles area for about 6 1/2 hours Saturday, as well as two major sporting events planned, the Los Angeles Police Department issued a list of areas motorists should try to avoid to prevent being stuck in traffic.

Obama's exact motorcade route is never released to the public.

From 5:30 to 7:30 p.m., motorists should avoid:
Beverly Glen Drive between Wynton Drive and Pico Boulevard;
Pico Boulevard between Patricia Avenue and Avenue of the Stars; and
Motor Avenue between Pico and Monte Mar Drive.

In Pasadena, thousands of fans will head to the Rose Bowl to watch the men's soccer match between the United States and Mexico. The CONCACAF Cup begins at 6 p.m.