OAKLAND, Calif. - An eighth-grader from Madison Park Academy in Oakland recently dominated the USA Weightlifting national competition -- put on by the committee responsible for sending the U.S. team to the Olympics.

Seth Evans was deemed a champion and one of the nation's strongest 13-year-olds, winning both weightlifting events at the competition held in Detroit last weekend.

"I won snatch, I won clean and jerk, and I won the overall medal," he said.

Evans first found his love for weightlifting at 11 years old at the Speed Power Strength Gym near Fruitvale. Mike Jenkins, the owner of the gym and Evans' coach, said Evans caused "quite the commotion" when he went out with the heaviest weights in his age division.

His winning snatch, a move where weightlifters grab the bar and put it over their heads in one motion, was 145 lbs. His clean and jerk, where the weight moves to one's shoulders, then overhead, was 176 lbs. 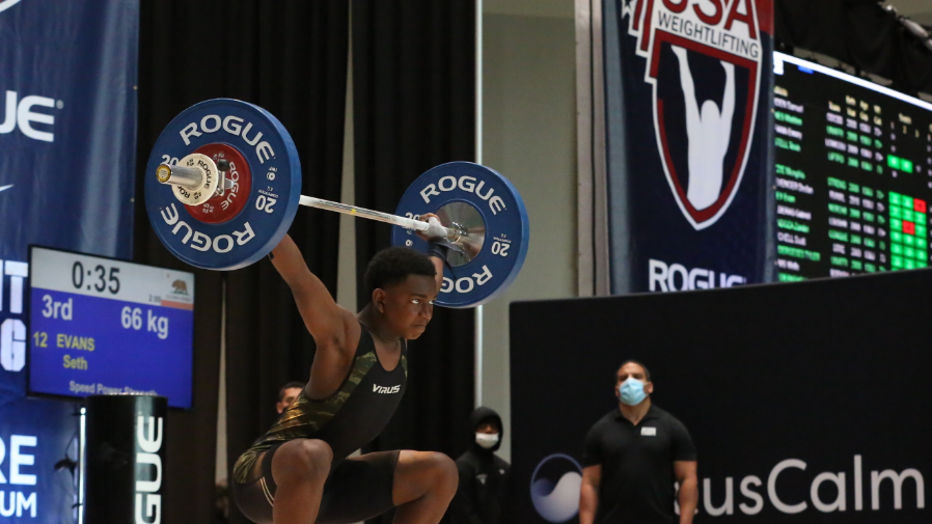 And Jenkins wasn't the only one who was amazed at Evans' strength.

He struck a conversation with an Olympic coach and former Gold Medalist, who also commented on Evans' potential. 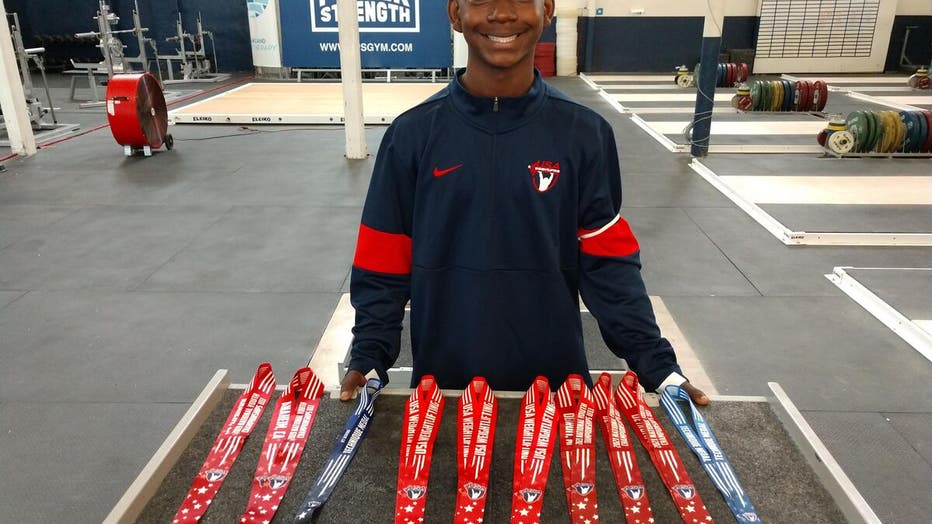 13 year old Olympic Weightlifting National Champion Seth Evans from Madison Park Academy showing off his medals. The four on the right are from this year. Seth won the others over the past two years. (Courtesy of Oakland Unified School District)

"[The coach] said to me, I've never seen anything like this. He said, 'this kid is very special.' And again, the main thing is his focus," Jenkins said.

Dion Evans, father and athletic director at Madison Park Academy, says he'd like to say it's "good genes," but admits that "there's something in him."

"It's very humbling to walk into my house, or have him in my car, knowing I have a national champion sitting next to me and sleeping in my house," Dion Evans said.

What's next for the eighth-grader? Keeping up with training until he's old enough for the Olympics if all goes according to plan.

"I'm trying to see if I'm boundless, if I have a certain limit, if I hit that, am I going to stop? Of course, I don't want to stop… I'm trying to be boundless," Evans said.