Evacuations were lifted late Wednesday after a wind-driven fire broke out in Castaic.

LOS ANGELES COUNTY, Calif. - Fire crews were able to contain a blaze that sparked in the Castaic area on April 28 and scorched roughly 552 acres, officials said.

Evacuations were issued for some residents in the immediate area but they were all lifted late Wednesday night.

Santa Clarita city officials advised residents who may have been displaced by the fire to contact the Los Angeles Red Cross for assistance in finding lodging and the Castaic Animal Shelter will take all evacuated animals. 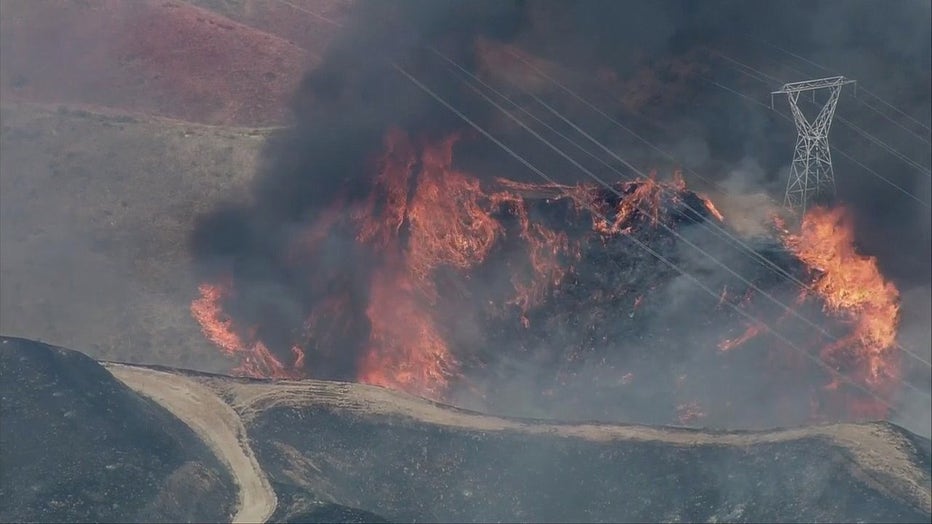 The North Fire was reported at about 1:45 p.m. on April 28 in the area of 29330 The Old Road, east of the 5 Freeway, according to the Los Angeles County Fire Department.

The fire was further downgraded to 552 acres at about 7:40 p.m. Thursday due to updated mapping, according to CalFire.

Two firefighters have been injured. No other details have been released.

No structures were reported to have been damaged.