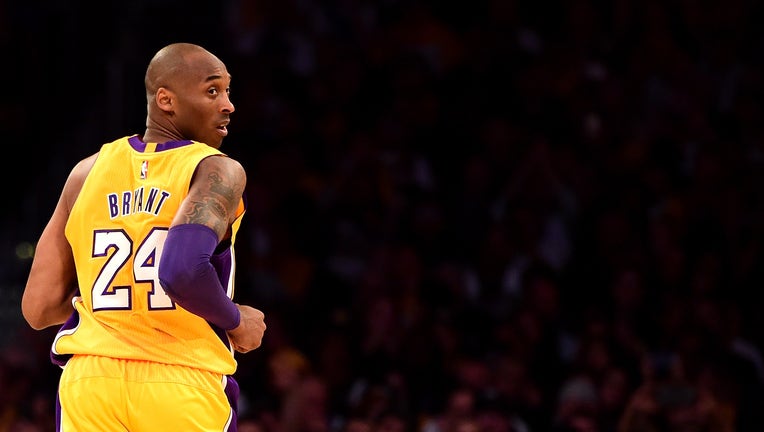 LOS ANGELES, CA - APRIL 13: Kobe Bryant #24 of the Los Angeles Lakers looks back in the first half while taking on the Utah Jazz at Staples Center on April 13, 2016 in Los Angeles, California. NOTE TO USER: User expressly acknowledges and agrees that (Getty Images)

LOS ANGELES - Nike is honoring the career of Los Angeles Lakers legend Kobe Bryant on April 13 for “Mamba Day,” a day that marks the final game of his astonishing NBA career four years ago.

On April 13, 2016, Kobe Bryant played his final game against the Utah Jazz at Staples Center, also known as “The House Kobe Bryant Built.” Bryant clocked in over 42 minutes and dominated the game with 60 points, bringing the Lakers to a 101-96 win. It was a treacherous year for the Lakers who finished the 2015-16 NBA season last in the Western Conference with a 17-65 record.

Bryant who grew up a “die-hard Laker fan,” said in part:

After retiring from the NBA, Bryant pursued other endeavors, including coaching his daughter's basketball team, opening Mamba Sports Academy, and even winning an Academy Award for his animated short film "Dear Basketball."

"The Wizenard Series: Season One," the second installment of the series, became a New York Times bestseller last week. His wife, Vanessa Bryant, praised his latest accomplishment on Instagram.

Bryant was killed in a tragic helicopter crash on what was a foggy morning in the Los Angeles area on January 26, along with his 13-year-old daughter, Gianna, and seven others.