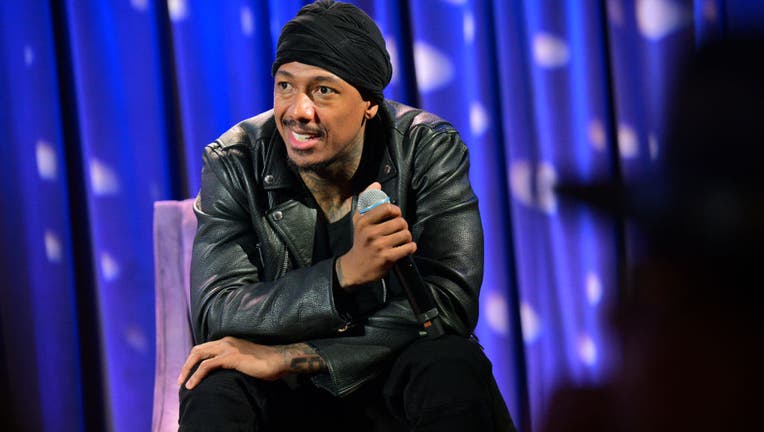 LOS ANGELES - Nick Cannon revealed he's becoming a father once again with Brittany Bell in a maternity video shared on Instagram Wednesday afternoon. This will be his third child with the former Miss Universe Guam, and likely his ninth offspring as Abby De La Rosa appears to be seven months pregnant with his 10th child.

"Time Stopped and This Happened…," he captioned the short clip from a photo shoot for his millions of fans.

It appears as though the parents are expecting a son with the hashtags "#sunshine" and "#sonRISE" included in his post.

Bell was covered up in a sheer white sheath as she posed topless with Cannon in front of a blue backdrop set up outside one of their homes.

She later changed into a hot pink crop top with matching slacks for the intimate shoot, where Nick wrapped his arms around her changing figure and planted kisses on her neck.

His representatives did not immediately return Fox News Digital's request for comment.

It's unclear when Bell is due to have their third child.

She also has son Golden Sagon, five, and daughter Powerful Queen, who turns two in December, with the radio personality.

Cannon is also expecting another baby with Abby De La Rosa, who revealed she was five months pregnant in June. They also have one-year-old twin sons, Zion and Zillion, who celebrated their first birthdays on June 14.

On June 28, Bre Tiesi gave birth to Cannon's eighth kid during an at-home, un-medicated delivery, and later shared the intimate experience on YouTube. The couple named their son Legendary.

Tiesi was previously married to quarterback Jonny Manziel, and will soon star on the new season of the Netflix real estate reality show, "Selling Sunset."

The "Masked Singer" host first became a father with ex-wife Mariah Carey. The former couple was married from 2008-16, and welcomed twins Moroccan and Monroe in 2011.