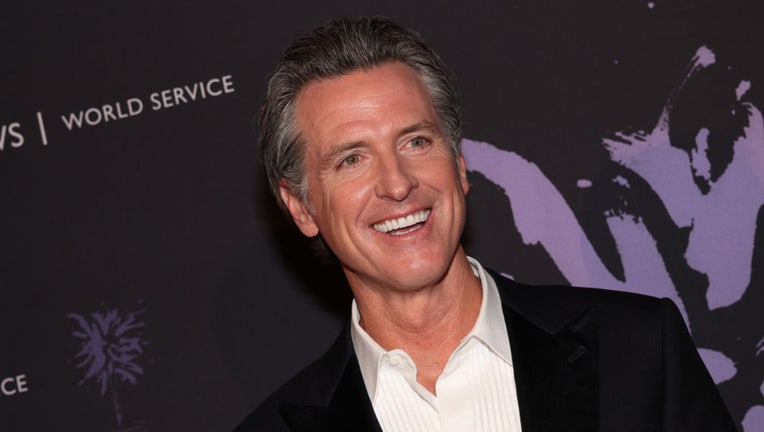 SACRAMENTO, Calif. - Less than a year after handily beating back a recall effort, California Democratic Gov. Gavin Newsom is back on the ballot in Tuesday’s primary where the focus this time won’t be on if he wins, but by how much.

Republicans failed to recruit a candidate who can come close to him on name recognition and fundraising. But in a race with 26 candidates on the ballot — and an expected low turnout at a time when California voters are upset with high gas prices and inflation, rampant homelessness and rising crime — Newsom might have trouble reaching the 62% who voted against recalling him.

"I think the only loss for the governor is failing to win really, really big," said Jessica Levinson, a political commentator and election law professor at Loyola Marymount University. "This is almost the definition of a noncompetitive race."

Democrats control the White House and Congress and the party in power often loses ground in midterm elections. If Democrats lose ground in California, it’s extremely unlikely to be in the races for governor and U.S. Senate.

Sen. Alex Padilla, who was appointed by Newsom to take over Kamala Harris’ seat when she became vice president, is on the primary ballot twice. Voters will decide whether Padilla should fill the remainder of Harris’ term, which expires in January, and in a separate election whether he should get his own six-year term.

Similar to the race for governor, the GOP’s endorsed candidate is little known. Mark Meuser is an attorney whose work with the right-leaning Dhillon Law Group included 22 lawsuits against Newsom claiming he overstepped his authority in imposing coronavirus restrictions.

Criticism of Newsom’s handling of the pandemic drove last year’s recall. Newsom, who imposed the nation’s first statewide COVID-19 shutdown order, countered that his actions saved lives and has pointed to statistics showing California’s per capita death rate was better than Texas, Florida and most other states.

Newsom has mounted a low-key reelection effort so far this year. He’s taken credit for a string of record budget surpluses during his first term in office and used some of the money to pay for the health care for people living in the country illegally, to subsidize health insurance premiums for the middle class and send cash payments to most taxpayers.

Should the U.S. Supreme Court overturn the Roe v. Wade decision he has vowed to turn California into a sanctuary for women seeking abortions. He also pledged to sign a law allowing private citizens to sue gun makers and sellers to enforce the state’s ban on some assault weapons.

Republican state Sen. Brian Dahle, who was endorsed by the state GOP, is seen as likeliest to finish second in the crowded field. A wild card could be Michael Shellenberger, an author and activist who is running without a political party preference and came in third in a recent poll conducted by the University of California-Berkeley.

Dahle, a farmer first elected to the state Legislature in 2012, has blamed most of California’s problems on the Democratic Party’s dominance of state government, where they control all statewide offices and have huge majorities in the Legislature. He says the Newsom administration has not done enough to prevent and combat wildfires while criticizing Democratic leaders for not investing in new water storage systems to better protect the state against drought.

"No matter what office you’re running for, it’s going to be a tough year to run with a D behind your name in California," said Ellie Hockenbury, spokesperson for the California Republican Party. "Our highest-in-the-nation gas prices continue to climb, crime continues to surge, homelessness continues to be a crisis and longtime residents continue to relocate to more welcoming states."

Newsom did look vulnerable a year ago, after more than 1.7 million voters signed a petition to recall him from office following immense criticism after he attended a birthday dinner at a fancy restaurant during a coronavirus lockdown he imposed.

Newsom won by such a wide margin that none of them opted to challenge him in this year’s general election.

"Voters can get really mad at a Democrat and really be unhappy, but to actually get rid of them, (candidates) need to be offering something that moderate voters in the state find appealing," said Eric Schickler, co-director of the Institute of Governmental Studies at the University of California-Berkeley. "Given the strength of polarization (and) partisanship, that’s a high hurdle to get over."