The Pink Floyd Exhibition: Their Mortal Remains opened to the public Friday afternoon inside the Vogue Theatre’s brand new museum on Hollywood Boulevard, developed in consultation with the band’s drummer Nick Mason.

The Pink Floyd Exhibition: Their Mortal Remains opened to the public Friday afternoon inside the theatre’s brand new museum on Hollywood Boulevard, developed in consultation with the band’s drummer Nick Mason.

"I was kind of down on the idea when I first heard about it," laughs Mason in an interview with FOX 11’s Hailey Winslow. "I said, ‘we haven’t got anything!’"

But with 350 artifacts dug up from old storage sheds and band members’ homes, collected throughout the band’s massive career, the exhibit makes fans feel immersed inside the music video of their favorite songs.

Crossing the Atlantic for the first time, the United States is the fifth country to host the exhibit. London was the exhibit’s last home, which 400,000 people visited. Los Angeles is an ideal location not only because of the many performances here, but also because this is where Pink Floyd mixed their legendary album, "The Wall." 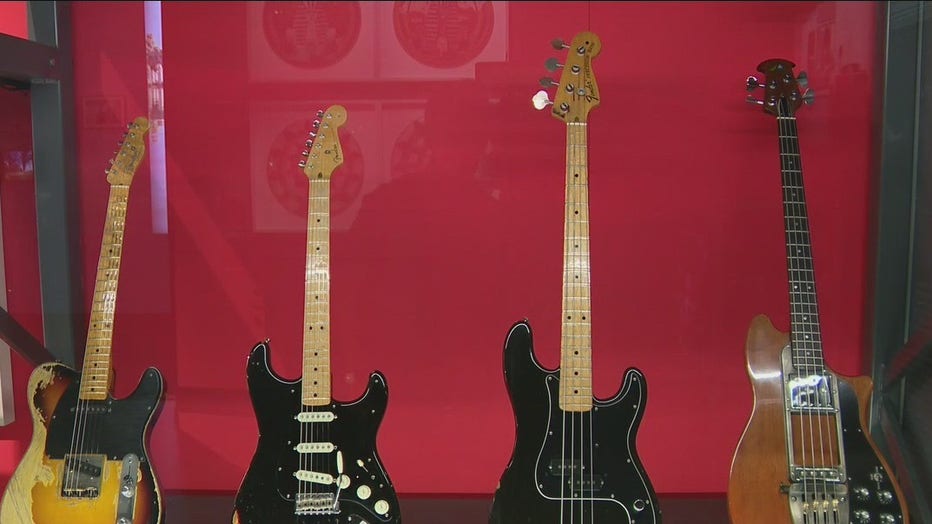 After a month delay because the shipping containers with the collectibles were stuck at the port due to COVID, the audio-visual exhibit highlights the impact the band and their music had on the world.

"People stop me and say the music helped them through a tough time or gave them confidence," said Mason. "It’s quite humbling."

It’s a rare journey through five decades of one of the best groups of all time, including the inspiration behind the band’s name, hand-written lyrics including those for the song, "Have a Cigar," the letter David Gilmour wrote to his parents letting them know he joined Pink Floyd and not to worry and Mason’s drum kit from the 70’s. 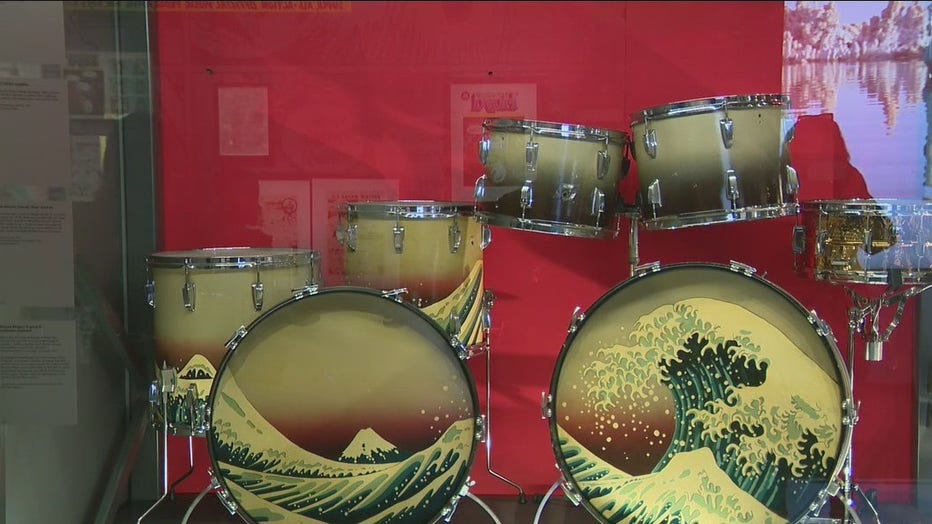 "I’m really pleased I kept that original drum kit with the Japanese wave painting on it. I think it’s such a beautiful thing. The slightly bizarre thing is the cane that was used to punish [Roger Waters and Syd Barrett]," Mason stated.

That cane and the "punishment book," both on display at the exhibit, were part of the inspiration for "Another Brick in the Wall."

The exhibit will be at the Vogue Theatre in LA until January 9th. Tickets start at $46.

And remember, "If you don’t eat your meat you can’t have any pudding…"