The next day, an NPS dive team then conducted a full search of the area and confirmed the discovery of human remains.

No foul play is suspected, and the Clark County coroner’s office is working to confirm the identity of the deceased.

The grim discovery marked the sixth time since May that remains had been uncovered as drought forces the shoreline to retreat at the shrinking Colorado River reservoir behind the Hoover Dam.

Six months ago, a body was found in a barrel near Hemenway Harbor. Authorities later determined that the deceased had died of a gunshot wound and ruled the death a homicide, according to FOX 11 Reno.

More remains were found on May 7 at Callville Bay. Clark County identified the deceased as a 42-year-old Thomas Erndt, who drowned, according to the outlet. 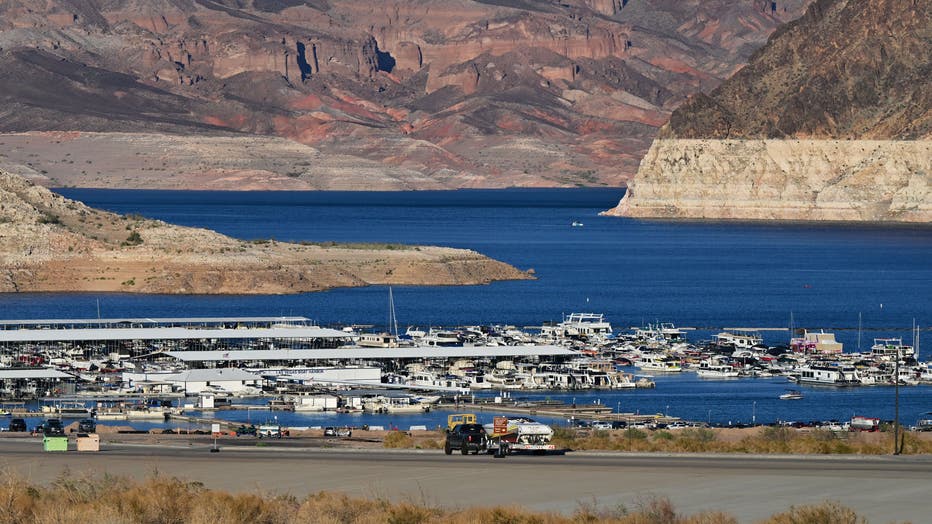 A "bathtub ring" is seen near where boats dock at the drought-stricken Lake Mead Marina on September 15, 2022 in Boulder City, Nevada. - Located outside of Las Vegas near the Nevada-Arizona border, Lake Mead provides electricity to several parts of A (Photo by FREDERIC J. BROWN/AFP via Getty Images)

A third and fourth set of remains were discovered on July 25, when visitors called park rangers upon finding the remains partially encased in mud at the water line of the swimming area along the shore north of Hemenway Harbor marina, and August 6 at Swim Beach. Finally, authorities discovered a fifth set of remains, believed to be related to the fourth set, at the lake’s Swim Beach area in mid-August.

NASA released images of Nevada's Lake Mead in July showing the lake's rapid decline of water since 2000. The lake's capacity was measured at just 35% in late August.

The reservoir last reached capacity in the summer of 1999, according to NASA. 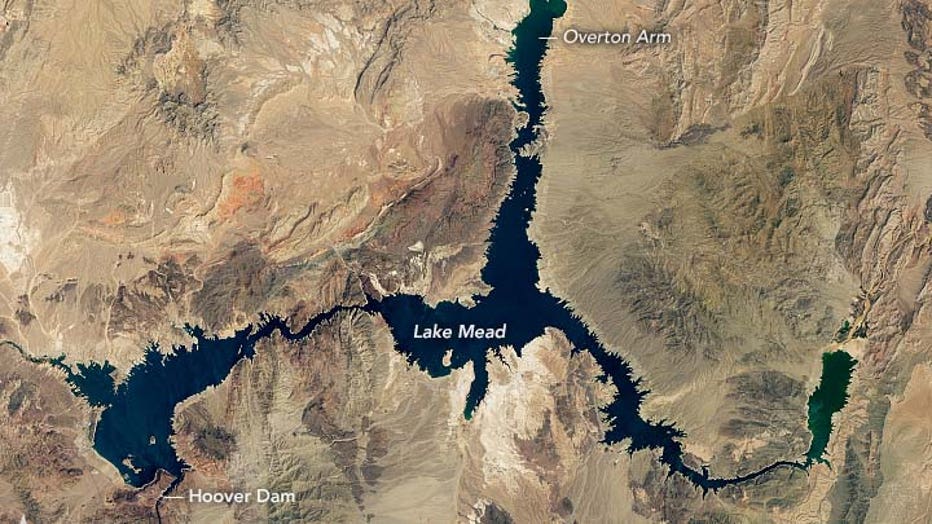 Lake Mead was measured at just 35% capacity in late August, according to NASA. (NASA)

When full, the United States’ largest reservoir can reach an elevation of 1,220 feet and holds 9.3 trillion gallons (36 trillion liters) of water.

Fox News’ Stephen Sorace, Julia Musto and Sarah Rumpf, along with The Associated Press, contributed to this report.

A woman said that she and her husband were docking their boat when they heard a woman scream. They then saw the body, which also had a shirt and belt visible.