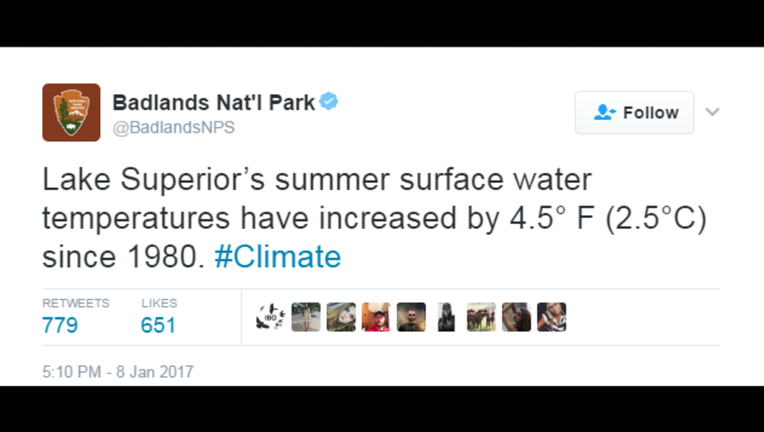 The posts carried the hashtag "Climate" and were soon deleted.

The Associated Press reported over the weekend that staff employees at the Interior Department were temporarily ordered to stop making posts to its Twitter account after the official account of the National Park Service retweeted a pair of photos that compared those gathered for Trump's inauguration with the much larger crowd that attended Obama's swearing-in.

Read the full report at FOXNews.com.