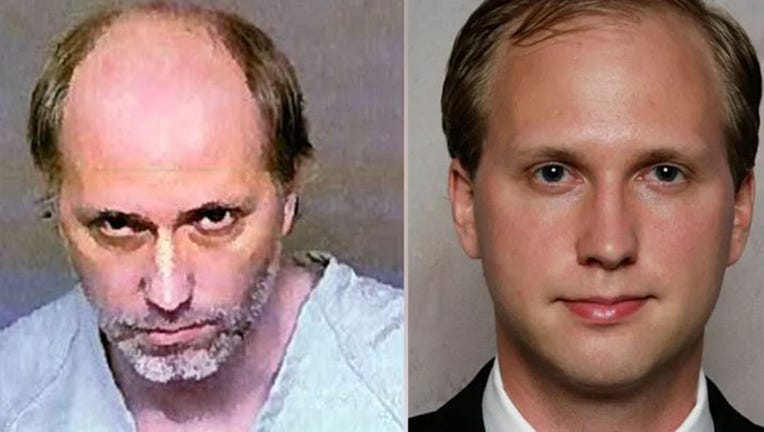 A self-proclaimed pedophilia advocate who once ran for political office in Virginia and was accused of grooming and kidnapping a 12-year-old girl, died in federal custody.

Nathan Larson, 41, was pronounced dead on Sept. 18 while being held in prison on federal felony charges for soliciting child pornography and several other offenses, the U.S. Attorney’s Office for the Eastern District of California confirmed to FOX Television Stations.

The charges against Larson included felony charges of kidnapping, child abduction, soliciting child pornography from a minor, and meeting a child for the intention of sex. But due to his death, an order of dismissal in his case was filed on Oct. 11, court records show.

The U.S. Attorney’s Office had no further details on the death.

The Sacramento Bee reported that Larson had been transferred from a federal facility in the Fresno area to a lockup in Maricopa County, Arizona, where he died. As of Tuesday, the cause and manner of Larson’s death were both still "pending," Maricopa County Medical Examiner’s Office records state.

Larson, a resident of Catlett, Virginia, previously ran and lost a 2017 campaign to become a member of the Virginia House of Delegates, representing the 31st House District encompassing Prince William and Fauquier counties in northern Virginia. He ran as an independent and his platform included advocating for fathers to be able to marry their daughters, legalizing child pornography, and suppressing women’s rights, the Associated Press reported.

In late 2020, Larson was arrested by authorities who said they caught him flying across the country with a 12-year-old girl he had persuaded to run away from her home in Fresno, California.

The girl’s family had reported her missing from her bedroom, and Larson made the girl wear a long-haired wig to make her look older and told her to pretend to be mute during their travel, Fresno County Sheriff Margaret Mims said at the time.

A Virginia man who made headlines two years ago when he ran for Congress is facing charges after he allegedly kidnapped a child from California.

Mims said detectives learned that Larson met the girl previously through social media, flew to California, and persuaded her to sneak out of her house around 2 a.m. They took a rideshare car to the Fresno Airport, where they boarded a plane bound for Washington, D.C., she said.

Larson was taken into custody and the girl was rescued by a Denver police officer who stopped the pair during their layover in Colorado, Mims said. The girl was not injured and later was reunited with her family.

Authorities said that while the girl was not physically harmed, detectives had evidence of inappropriate touching at the airport.

Federal agents searched Larson’s house at the time and discovered that he had persuaded the girl to send him pornographic images of herself, authorities said. During the search in late 2020, Larson’s father, Arthur Larson, assaulted a federal agent and was arrested.

At the time, Mims told reporters that Nathan Larson had a "deeply disturbing background."

"He is a white supremacist and a well-known advocate for pedophilia," she said of the younger Larson. "This is a man who runs a website, which encourages the raping of children and sharing of naked photos and video of children being raped."

Larson last appeared in court in March, arguing to represent himself in the federal felony case that could have seen him serve life in prison if convicted, according to the Bee.

In 2009, while living in Boulder, Colorado, Larson was sentenced to 16 months in prison after pleading guilty to sending an email to the Secret Service that he intended to kill the president "in the near future." It is unclear whether Larson was referring to then-President George W. Bush or then-President-elect Barack Obama.

He wound up serving 14 months.