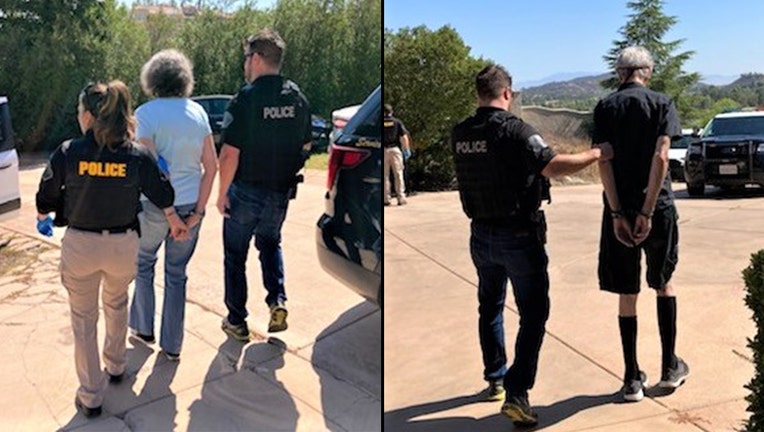 RIVERSIDE COUNTY, Calif. - A California couple was indicted in connection to the death of a teen and an investigation that uncovered several years of alleged physical abuse and neglect of children and adults who were under the couple's care.

On Monday, Riverside County DA Mike Hestrin announced the county's criminal grand jury has returned an indictment against the owner and operators of the Morris Small Family Home, a now-closed foster group home for severely disabled children near Murrieta.

Only Michelle Morris Kerin is being charged with murder in the indictment, Hestrin's office said in a press release.

Morris faces a second-degree murder charge for the 2019 death of foster child Diane "Princess" Ramirez, who spent an agonizing night in the home, vomiting blood. Despite specific instructions to get the girl to the emergency room if that happened, Morris insisted the 17-year-old girl would be fine, according to a state report.

The 17-year-old's death prompted an investigation against the facility. Following investigations, authorities uncovered what is alleged to be several years of "physical abuse and neglect of dependent children and adults, along with sexual abuse against three dependent adults who had been placed in the home," according to Hestrin's office.

The investigation also revealed other evidence suggesting numerous other residents were previously abused and neglected, the foster group home was not "properly staffed for 24-hour care," and medical records were not properly maintained, Hestrin's office said in a press release.

Michelle Morris Kerin remains in custody on a $1 million bail. Her husband posted bail over the weekend and is scheduled for a Dec. 17 arraignment.