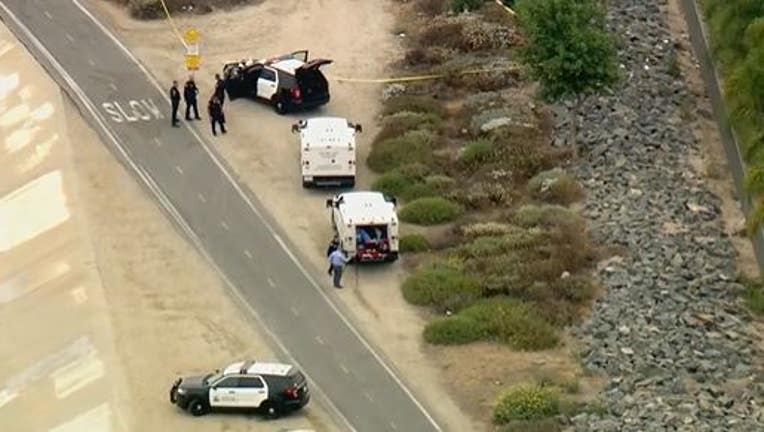 SANTA ANA, Calif. - Four suspects have been arrested in connection with a robbery and murder in Santa Ana.

Pedro Morale Chocoj, 31, of Santa Ana was found dead from a gunshot wound on July 24th near the Santa Ana Riverbed north of 5th Street.

They say the crime occurred on Thursday, July 23, a day before his body was found near the dirt path next to the bike trail.

Detectives located the man’s bike a few days later, from that tip they were able to locate a suspect involved in the crime.

On Wednesday July 29, detectives then apprehended three other suspects in the case. All were arrested for the robbery and murder of Chocoj.

Police say they continue to search for a fifth suspect.