KINGS BAY BASE, Ga. - Tropical Storm Elsa killed at least one person in Florida on Wednesday and injured several people when a suspected tornado touched down at a Navy base in Georgia.

Authorities in Jacksonville, Florida, said one person was killed when a tree fell and struck two cars. The National Weather Service reported 50 mph wind gusts in the area. The tree fell during heavy rains and no one else was injured, according to Capt. Eric Prosswimmer of the Jacksonville Fire Rescue Department.

"Now is a time to remember ... that weather is unpredictable," Jacksonville Mayor Lenny Curry said during a news conference Wednesday evening as he urged drivers to stay off the road. "This is really early in the (hurricane) season. We're just outside of the July 4th holiday, we've had our first storm and, unfortunately, we've had a fatality." 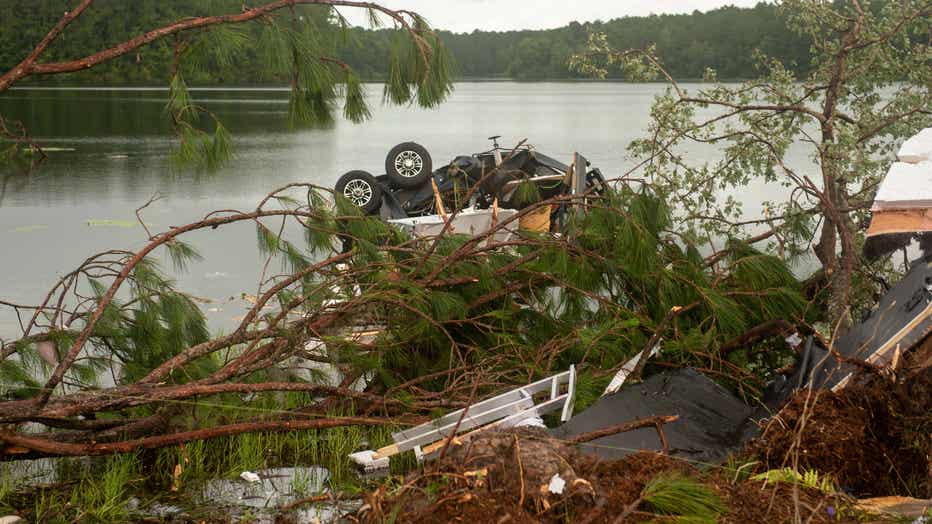 In southeast Georgia, the suspected tornado touched down at a park for recreational vehicles at Naval Submarine Base Kings Bay in Camden County, the naval base confirmed to FOX Television Stations.

"There are reports of multiple injuries and damage to multiple recreational vehicles in the base RV park, and also reports of damage to buildings and structures on the installation," the base wrote on social media.

According to Lt. Stewart Phillip, the tornado touched down at approximately 5:50 p.m. local time on Wednesday. 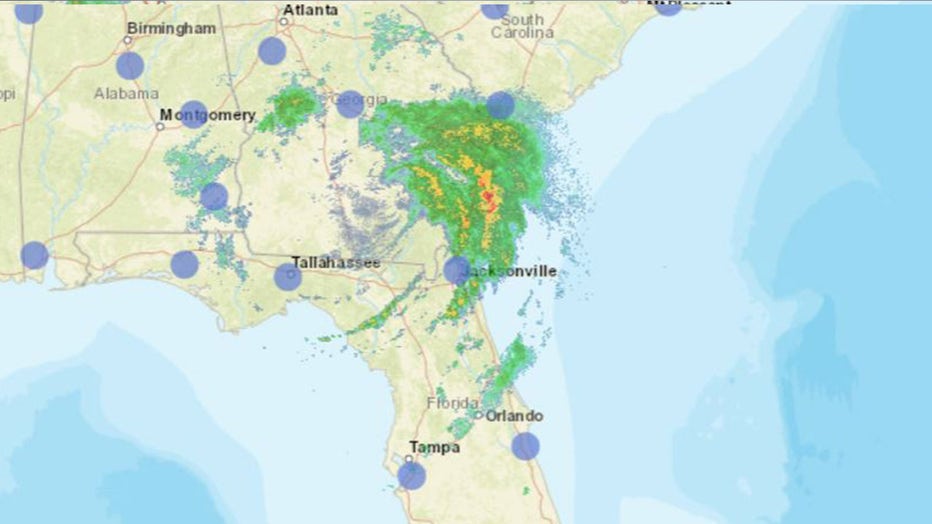 "As many as 10 people have been injured," Phillip, a commander at Submarine Group 10 at the naval base, told FOX Television Stations. "All of those injured have been classified as non-serious or minor injuries."

The base said many of those injured were transported to local medical facilities for treatment.

On Thursday, officials said all personnel who were staying in the Naval Submarine Base Kings Bay RV Park had been accounted for.

There has been no damage to any sensitive military asset or submarine.

Damage assessments are ongoing and further information will be provided as it becomes available. 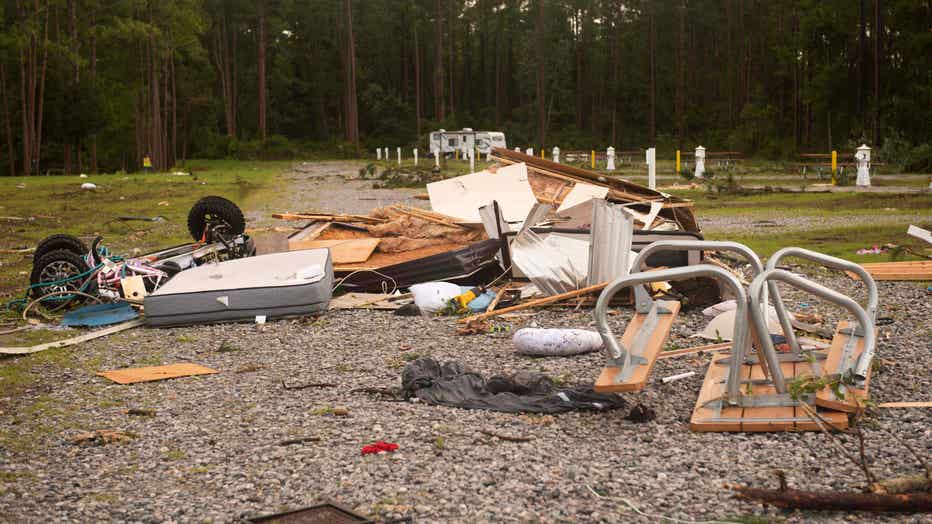 "While the situation here is still very dynamic, I want to thank all of our first responders and Camden County first responders for their quick actions," said Capt. Chester Parks, Naval Submarine Base Kings Bay commanding officer. "Their quick response most certainly helped."

The suspected tornado struck as Elsa continued to move northeast into northeast early Thursday, bringing heavy rain, gusty winds and flooding to areas. The National Hurricane Center said Elsa's winds had weakened to 40 mph as it made its way into southern South Carolina early Thursday.

The storm will move over South Carolina and North Carolina later in the day, pass near the eastern mid-Atlantic states by Thursday night and move near or over the northeastern United States on Friday.

Some re-strengthening is possible Thursday night and Friday while the system moves close to the northeastern United States. 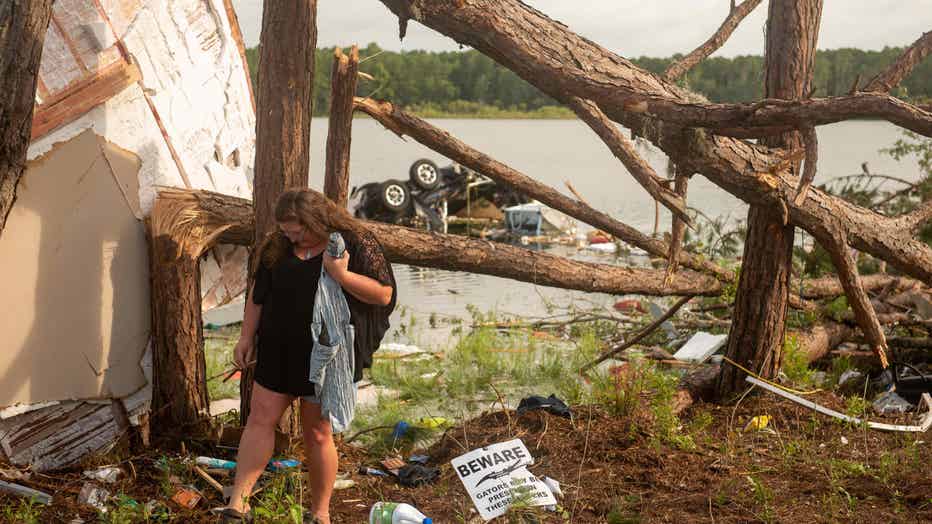 A Tropical Storm Warning was issued north of Great Egg Inlet, New Jersey to Sandy Hook, New Jersey, and for the coast of Long Island from East Rockaway Inlet to the eastern tip along the south shore and from Port Jefferson Harbor eastward on the north shore. A warning is also in effect from New Haven, Connecticut to Merrimack River, Massachusetts including Cape Cod, Block Island, Martha’s Vineyard, and Nantucket.

The Associated Press and Kelly Hayes contributed to this report.