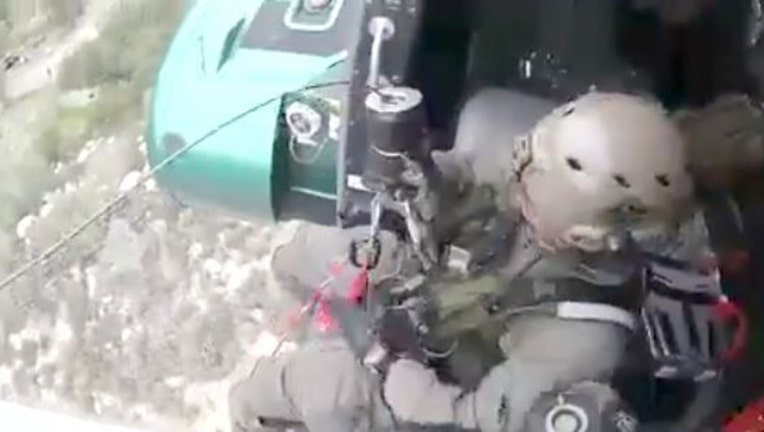 ANGELES NATIONAL FOREST (FOX 11) - The victim of a motorcycle crash in the Angeles National Forest was rescued nearly a day after going over the side of the roadway.

Los Angeles Sheriff's Department's Special Enforcement Bureau responded Wednesday morning to a report of a motorcycle over the side of Highway 39.

Authorities said the victim crashed at 12 p.m. Tuesday and was injured for 22 hours prior to being rescued.

The victim was flown to a nearby trauma center for treatment. The extent of the person's injuries were not known.

Further details were not immediately released.