LOS ANGELES - A group of motorcyclists began a cross-country ride to New York City Monday from the Los Angeles Fire Department's training center to honor the memory of the first responders who lost their lives while trying to save others during the terrorist attacks on Sept. 11, 2001.

Los Angeles Fire Department Chief Ralph Terrazas and Fire Hogs Motorcycle Club president Jack Wise were on hand to kick off the ride at about 6:30 a.m. at the Frank Hotchkin Memorial Training Center in Elysian Park. 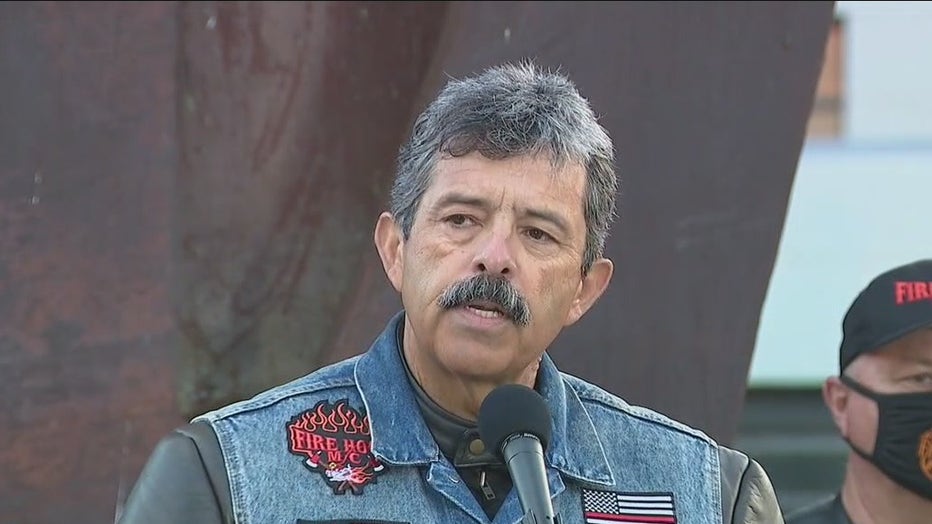 "The men and women of the LAFD remember the 343 New York City firefighters killed that day as they were rushing into those two doomed buildings -- as everyone else was rushing to get out," Terrazas said.

"We remember the 23 NYPD officers and 37 Port Authority police officers," Terrazas added. "They sacrificed their lives so others could live."

"Believed to be the largest remnant of the attacks on the West Coast, it now rests safely on reinforced concrete pilings that sink nearly 30 feet below ground," Scott said.

After opening remarks, Terrazas joined the three dozen motorcyclists for the first few miles of the ride, Scott said. This year marks the 20th anniversary of the attacks.