LOS ANGELES - A mother is pleading for answers after her son was shot and killed while leaving a funeral in South LA on September 11.

The shooting happened around 1:23 p.m. on Hoover and 50th Street.

23-year-old Isaiah Hubbard was leaving the funeral when a male suspect fired multiple rounds, striking Hubbard and another 23-year-old man. Both victims were struck multiple times while the suspect ran to a nearby vehicle and fled.

"When he was walking back to the vehicle he rode to the funeral in, somebody opened fire," said Monica Steele, Hubbard's mother.

Steele said Hubbard's friend tried pushing him into the vehicle to rush him to the hospital, and ended up flagging down a fire truck.

"The fire department was able to take Isaiah to the hospital, but he bled out," said Steele.

Steele got a knock on her door at 12:30 a.m. Saturday from detectives. 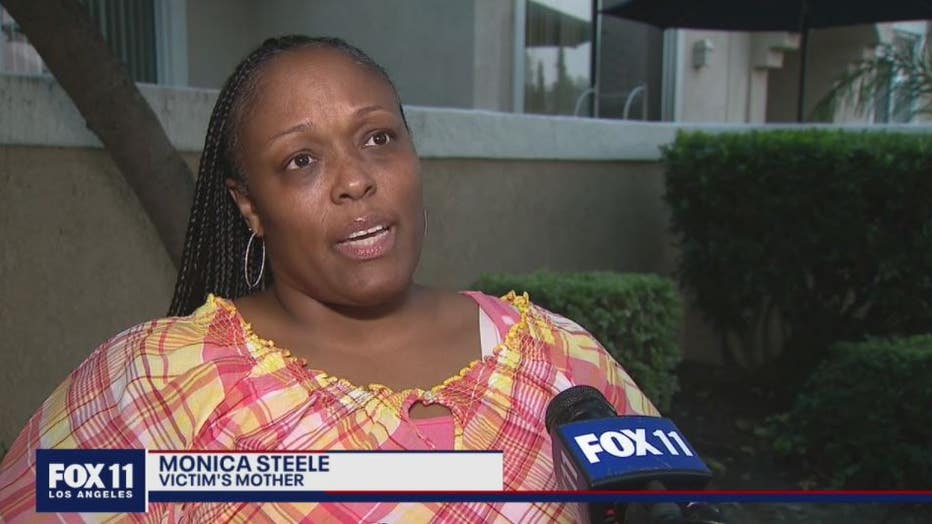 "I was asleep so it took me a while to comprehend that someone was at my door, and who was at my door. They kept saying they were the police department. There were two detectives and they said they were with the homicide division. My heart sunk, and they asked me if they could come inside and have a seat. That was very difficult to hear of course, you know, and the detectives were great. They stayed with me until I made the phone call because I had to call my mom," said Steele.

Steele said she's been receiving an outpouring of love and support from family and friends as she grieves.

Steele said their funeral can only have ten attendees because of Covid-19 so the service will be mostly virtual.

"So many of our youth are taken from us with senseless acts of violence. I want it to stop," said Steele.

Hubbard's grandmother, Barbara Walker, is also heartbroken over the shooting.

"It's just a heaviness and a place in my heart that nothing else is there except for him," said Walker.

The family describes Hubbard as a "fun, loving, and witty"

"We have a lot of just really beautiful memories of Isaiah that no one can take from us," said Walker.

The family said they can't think of anyone who would have wanted to harm Hubbard.

Steele is hoping someone comes forward with information that can lead to an arrest.

"If anybody knows who it is. If they'd heard anything, please come forward even if they choose to be anonymous, I don't care. I just want the person to be arrested and to be punished," said Steele.

Steele said she wants the suspect to think about his own mother too.

"They don't want their mothers to have detectives come and wake them up in the middle of the night about them. I just hope they really think before they take somebody's life," said Steele.

Isaiah Hubbard was a student at El Camino College and had dreams of becoming a chef.

LAPD is investigating the case as possibly "gang related," but Steele said her son nor his friend were involved in gang activity.