LOS ANGELES - It has been an emotional month for Los Angeles -- a time of grief that won’t soon be forgotten for the families of Kobe and Gianna Bryant and all involved in that tragic helicopter crash on January 26, 2020. It has also been a time of deep reflection and coming together for the city of Los Angeles, and for the fans young and old who will never forget Lakers great Kobe Bryant. 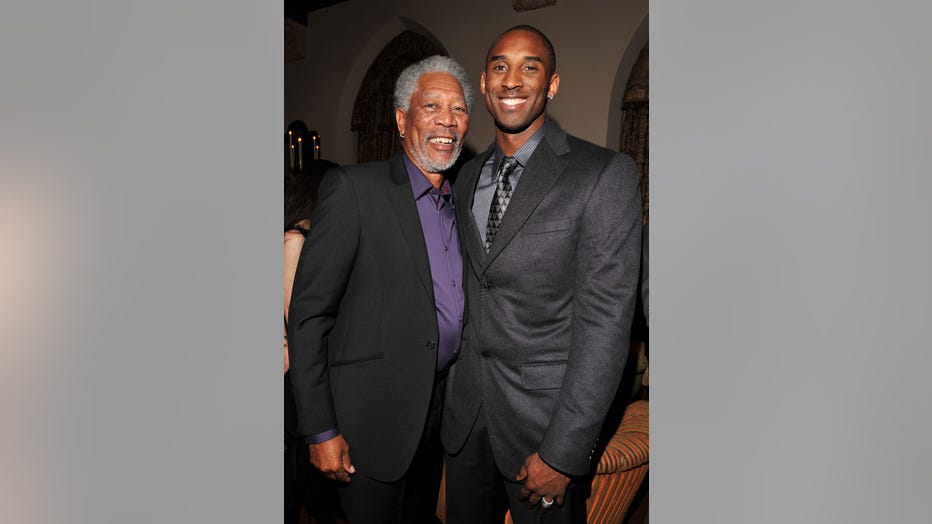 For such an occasion, an event of this magnitude that will never be forgotten by the city, there was only one voice we wanted to deliver a message about Kobe’s legacy. So FOX 11  reached out to the legendary Morgan Freeman and asked if he would be the voice for a special tribute to Kobe during our coverage of the memorial on Monday.

Using Kobe Bryant’s own words from Dear Basketball as an inspiration, we wrote a new version titled "Dear Kobe" reflecting on what Los Angeles itself has been feeling regarding the loss of Bryant and what we as a city would want to tell him.

We presented “Dear Kobe” to Morgan Freeman. He graciously agreed to track our tribute and on a beautiful and sunny Sunday morning, a far cry from the dark tragedy of four Sundays prior, we made a small recording studio at the end of a dining room table in a private home. 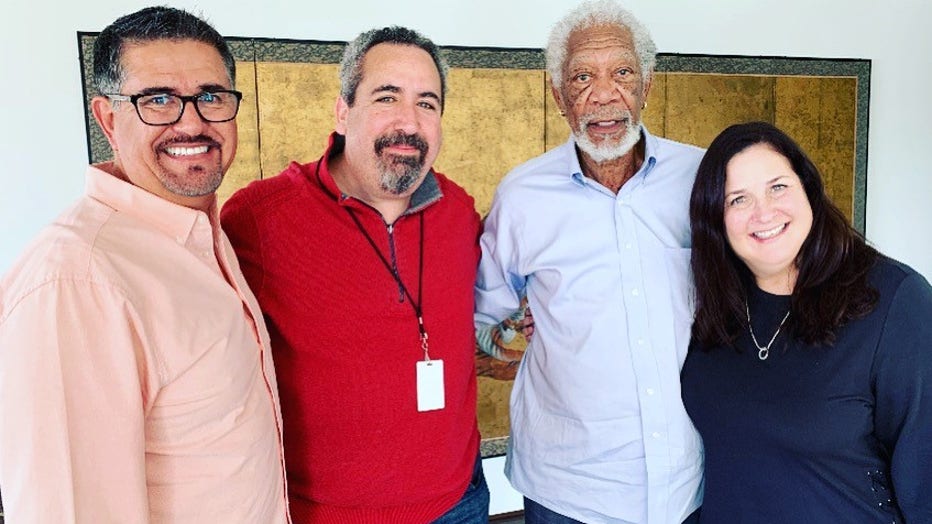 FOX 11’s team arrived with printed scripts and a microphone and a teleprompter to read from.  Morgan, in Los Angeles for just the weekend, arrived minutes later did the recording in less than fifteen minutes.

We humbly present Dear Kobe as a tribute to Kobe Bryant’s legacy, as we pass on our deepest condolences to the Bryant family and Laker Nation, and our deepest gratitude to Morgan Freeman for lending his voice to this project.  Please keep all the families in your thoughts and consider donating to the Mamba On Three fund.

From the moment
We first saw you on the court
Tongue out
That swagger
In the Great Western Forum
We knew one thing was real:

We fell in love with you

We grew up with you
Young kids on the playground
"I'll be Kobe-- you be Shaq"
We never saw the end of the tunnel
We only saw YOU
Growing, leading, becoming a champ

And so we cheered.
Watching you run up and down the court
After every loose ball.
We saw your hustle
We saw your heart
Because it came with so much more

We saw you play through the sweat and hurt
Torn Achilles - and STILL sinking free throws
We KNEW why you did it.
Because that's what you do
When you do what you love.
You leave it all on the court.
And so you did.

You gave Lakers fans their biggest dreams
And we'll always love you for it.
Twenty years dedicated to this city- this team
And when that fateful Sunday came
Tragedy for so many families involved
We weren’t ready. we still aren’t.
And yet we know it's time to say goodbye

And no -- it's NOT OK.
We're not ready to let you go.
We want to let you know.
Yet we'll always savor the moments we had together.
The good and the bad.
You've given this city, this team, your family.
All that you have.

And we all know, no matter what comes next
You'll always be that guy
Tongue out
That swagger
:05 seconds on the clock
Ball in your hands.
5,4,3,2,1