More than 100 pounds of fentanyl pills were seized in San Bernardino, as well as some meth and a gun.

SAN BERNARDINO, Calif. - A drug enforcement squad seized more than 100 pounds of fentanyl pills from a home in San Bernardino last week, according to officials.

Investigators with the Los Angeles County Sheriff's Department's Gangs/Narcotics Division conducted a traffic stop in the city of San Bernardino back on Nov. 10. According to officials, investigators found evidence during that traffic stop that led them to get a search warrant for a home in the 200 block of East 19th Street.

Between the home and the car, investigators said they found just over 104 pounds of fentanyl pills, five ounces of meth and a gun. 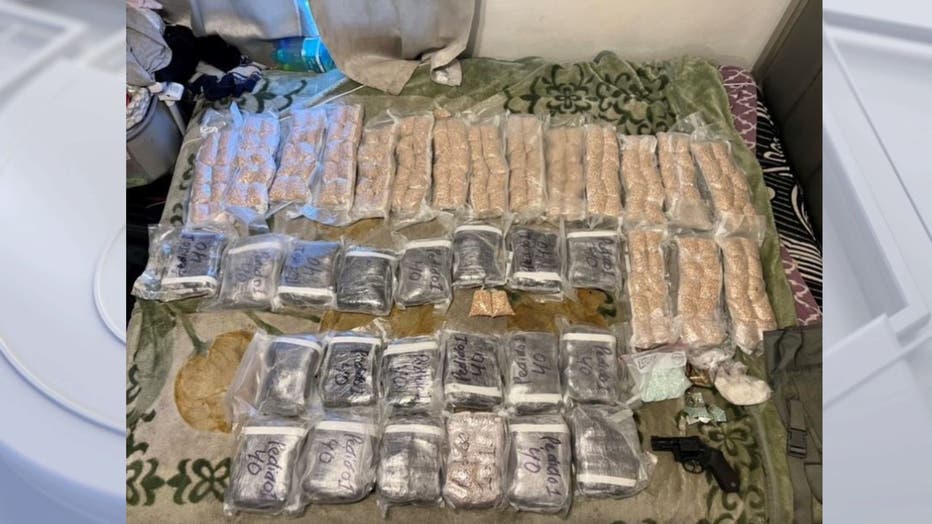 SUGGESTED: $6M in fentanyl pills seized in the Bronx

The bust was part of a drug enforcement effort in the area LASD called Operation Consequences. According to the department, the operation, "will take place over the next several months to curb violent crime and disrupt and dismantle targeted criminal street gangs."