This trampoline got caught in a dust devil as it raged through the backyard.

PITTSBURGH - A Pittsburgh mother is speaking out after her daughter became paralyzed when she sustained a serious injury from a trampoline accident.

Mary Maloney, 14, was jumping on a trampoline at her father’s house last year when she fell. The seriousness of the situation didn’t manifest until after she continued to feel worsened pain.

Surano explained that she had been at church when Mary called her last August. 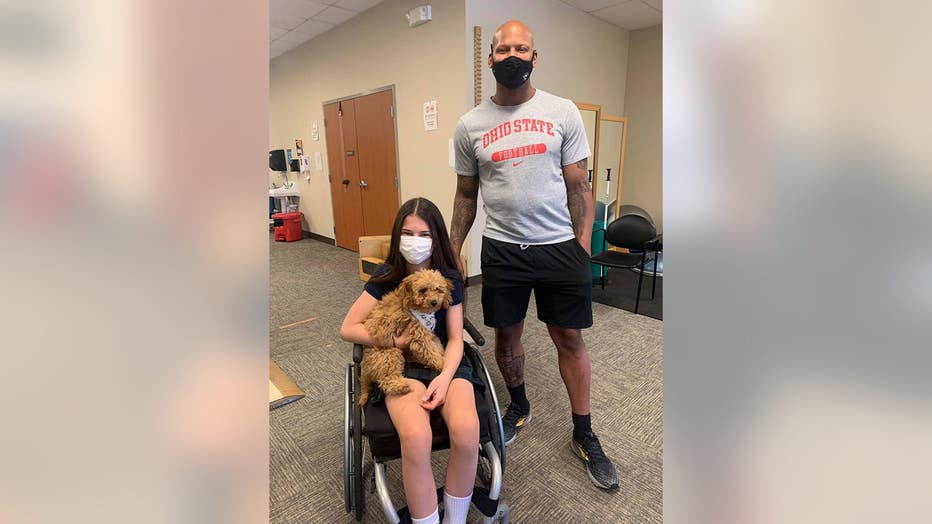 Mary Maloney and her dog, Buddy, working with one of her recovery specialists, Ryan Shazier. (Pam Surano)

Surano didn’t pick up the first call, intending to call back. When her daughter continued to call, however, Surano became worried and answered, she said.

Surano said she knew something was wrong as soon as she heard Mary's voice.

Mary explained that she had fallen and couldn’t move her legs. Doctors would eventually discover that the teenager had suffered from a spinal stroke, Surano said.

Surano explained that some doctors believe Mary had suffered from a spinal stroke while she was jumping on the trampoline, and that was what had caused her to fall. Surano said she was told that the trajectory of the body and the way the springs of the trampoline caused Mary to bounce may have caused the injury, although that’s still uncertain. 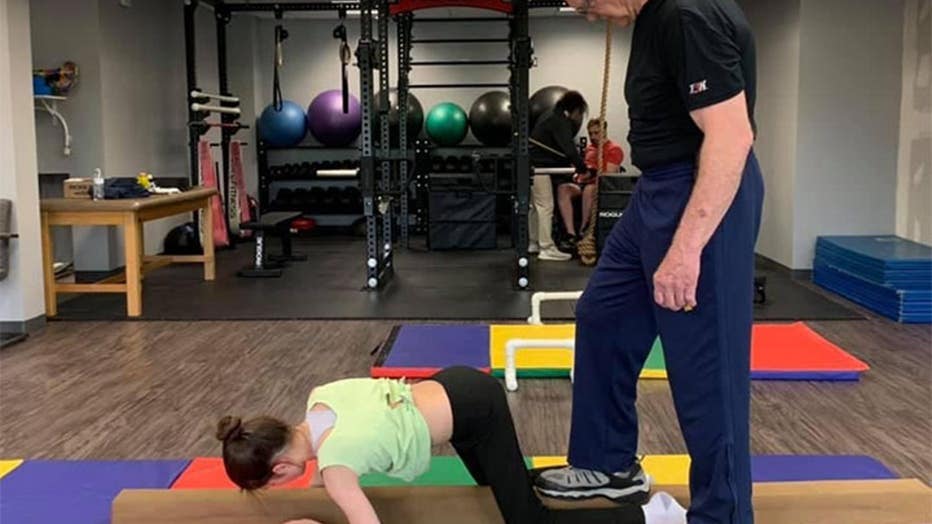 Mary Maloney working with former Steeler Jon Kolb. Her mother said that she has to learn to "crawl."

"You think of horrible fractures, broken bones, contusions," Surano explained. "But you never think of something like this."

Today, Mary is still recovering. Surano said doctors have had to search for "out-of-the-box" treatments.

"Some people write patients like Mary off," Surano said, adding that Pittsburgh doesn’t have a neuro-spinal center, so her family has had to travel.

Surano said she and her family are going to Texas to work with a facility near Dallas. REACT, a neurological injury and trauma center, has a program developed by Ryan and Kendall Bachik that may help Mary. Surano said she’s also worked with a variety of sports injury specialists.

Mary also has a new 4-month-old puppy named Buddy. While the dog isn’t specially trained for physical or emotional support, he still sits in Mary’s wheelchair with her and will even use the leash to pull her along sometimes, Surano said.

Home trampoline injuries aren’t uncommon and the Mayo Clinic writes that they pose a "high risk of injury for children." According to the health organization, there are several safety steps that should be taken when using a trampoline.

First, use safety nets and pads to prevent anyone jumping on it from falling off the side.

Second, place the trampoline at ground level and make sure it is far enough away from trees and rocks.

Third, it’s important not to allow any unsupervised jumping, especially by young children. Kids under the age of 6 should not be allowed to use trampolines.

While Mary still has a long road to recovery, Surano is confident that everything will be ok. "God is leading this journey for us," she said.