Missing Gabby Petito: Police say progress has been made | LiveNOW From FOX

North Port Police Public Information Officer Josh Taylor said his department has received more than 1,000 tips in the search for missing Gabby Petito, but the vast majority haven’t been helpful. He did say though that nuggets of information have been useful. In a push for more information from the public, Taylor reminded reporters that Brian Laundrie – the person of interest in this case – didn’t make it back from the western U.S. to Florida in Petito's van on "one tank of gas."

Brian Laundrie, through his lawyer, has still refused to speak with police about the possible whereabouts of his missing fiancé Gabby Petito, whose van he drove home to Florida from out West 10 days before she was reported missing.

Laundrie’s attorney has only released a pair of statements that do not address the missing 22-year-old’s possible whereabouts or last known location.

"I can see why criminal defense lawyer would say, you know what, you can't. You got to stay in the background: Don't talk," said Lara Yeretsia, a leading West Coast-based defense attorney. "But I can also see why it's so difficult in this situation, how horrific it is and what the impact is, because he's the last person who saw her."

If Petito is alive somewhere, she said, Laundrie might have a lot of useful information to help law enforcement locate find her.

But foul play or not, his lawyer’s job is to tell the police to "go pound sand," she added.

"Basically, he got a lawyer before law enforcement got him…and the lawyer is not going to make it easier for law enforcement to build a case against him," she said. "He's telling them, go do your job. You can have no access to this guy."

Laundrie’s lawyer, Steven Bertolino, has said he’s advised his client and his parents to remain in the "background" and not comment on the case. 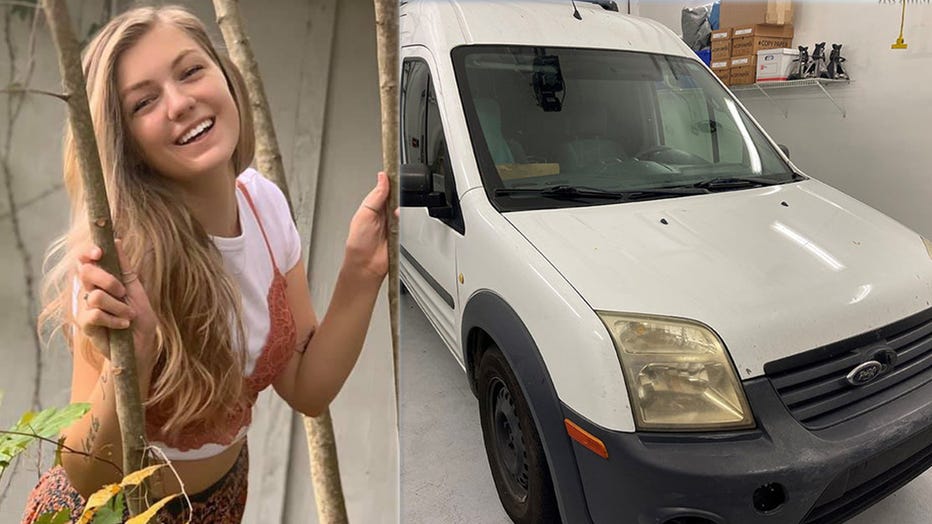 North Port, Fla., police, who are heading the multi-state investigations, have expressed frustration with Laundrie’s refusal to speak with them.

"Mr. Steven Bertolino, esq. the @NorthPortPolice needs your help in finding Gabby Petito," Chief Todd Garrison tweeted this week. "Please call us to arrange a conversation with Brian Laundrie. Two people left on a trip and one person returned!"

Petito and Laundrie were road-tripping across the country in her 2012 Ford Transit van. Her family last heard from her at the end of August, and Laundrie allegedly drove home without her to Florida by Sept 1. Ten days later, Petito’s mother reported her missing – unaware that her daughter’s fiancé had driven across the country in her daughter’s van to hide out in his parent’s Florida home.

Police seized the van and the FBI assisted in a forensic investigation.

RELATED: Boyfriend of Gabby Petito 'refusing to tell Gabby's family where he last saw her’

Yeretsia said she would not be surprised to see an arrest in the case.

On Thursday, the Grand County Sheriff’s Office in Utah confirmed it was actively looking into a connection between a domestic incident in Moab involving Petito and Laundrie and an unsolved double homicide on a campground outside of town.

Crystal Turner, 38, and Kylen Schulte, 24, were found dead on Aug. 18 with multiple gunshot wounds in the South Mesa area of the La Sal Loop Road, police said last month. They had last been seen alive on Aug. 13 at Woody’s Tavern in downtown Moab.

At around 4:30 p.m. on Aug. 12, a witness called police on Petito and Laundrie for a possible domestic incident that occurred near the Moonflower Cooperative, a boutique grocery in Moab where Schulte had worked for four years. She got off work at 3 p.m. that day, the store's GM told Fox News.

The co-op board's president said none of the staff had heard the altercation from inside, and the store does not have external surveillance cameras. Neither did neighboring businesses, except for one, which said it was installed only after the incident. Management at the surrounding businesses also said they did not hear the altercation that led to the Aug. 12 911 call.

But the proximity has raised questions among people following the case, including from local authorities.

"The Grand County Sheriff’s Office has been in contact with Florida authorities, and we are actively looking into any connection between the Gabby Petito missing person case and the double homicide," Sheriff Steven White said Thursday.

Bertolino said in a statement Thursday night that any connection between the two cases will be determined at a later date.

"Law Enforcement has to follow protocol and all leads that they get," Bertolino said, according to WBBH. "Whether or not these two cases deserve to be linked will be determined at some point in the future."