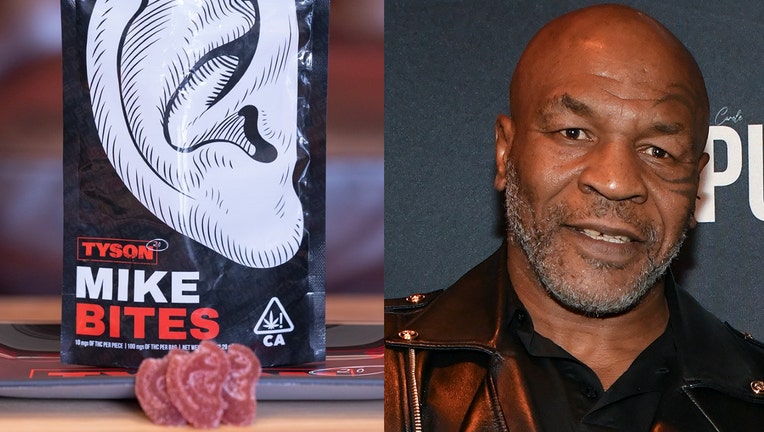 LOS ANGELES - Celebrity Mike Tyson has built a weed empire since retiring from the boxing ring, and now the business entrepreneur is looking to cash in on one of his most iconic moments.

Few moments in Tyson’s boxing career stand out quite like his biting of Evander Holyfield’s ear during their 1997 match, but that moment has now become a marketing opportunity for Tyson, who has launched a new brand of weed edibles shaped like ears.

Tyson spoke about why he got into the cannabis business.

"That was a no-brainer," the boxing icon told FOX Television Stations, saying the idea was sparked by his brother-in-law. "It’s hard work...but it’s a sexy business."

Tyson said he chose the ear design after being vilified for the 1997 match but then watching it become a punchline, with fans even asking for pictures of him pretending he’s biting their ears.

"I must’ve made $3 million "biting" people’s ears," he continued. "And I got fined $3 million for bitting his [Holyfield’s] ear, and I made it back and more."

He said he hasn’t spoken with Holyfield about the latest innovation, even though the gummies come from a generic ear mold.

"I hope he has a sense of humor," Tyson said. "I bit his ear. I was the one penalized for it, so I think in all due respect, I can pretty much do whatever I want with the [expletive] ear."

"Cannabis has been a game changer for me both physically and mentally, and I'm excited to share the healing benefits of this miracle plant with Tyson 2.0 fans in Delaware, Illinois and D.C.," said Mike Tyson, Chief Brand Officer of Tyson 2.0. 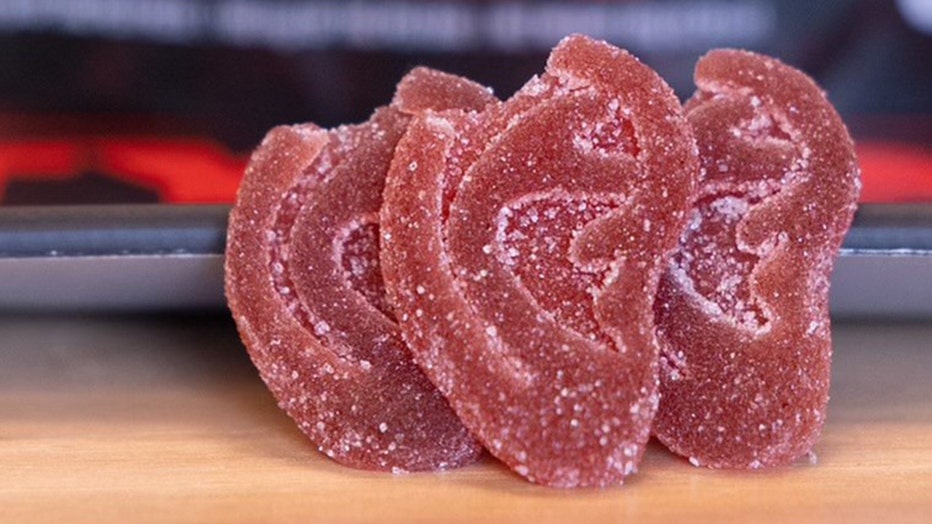 Tyson has worked on building a weed empire ever since he tried cannabis products for the first time and claimed it profoundly affected his life, according to FOX News.

"Each of our markets are clamoring for the Tyson 2.0 products, with lines around the blocks when we launch. This speaks directly to the power of the brand and the thoughtfulness for the consumer that goes into creating each product," said BJ Carretta, SVP, Marketing, Columbia Care. "We are proud to partner with the Tyson 2.0 team and help further their vision."

Tyson added: "I lost 100 pounds. I started fighting people again, at 55. Everything started to change from a business perspective, from a health perspective, and from an ideology perspective as far as the clearness of my thinking. I didn’t know I could feel this good at 55."

FOX News contributed to this story.