Over a dozen accounts posted what appeared to direct messages from Bloomberg’s personal Instagram account making requests for memes to help with his White House ticket.

NEW YORK - If you’re one of the millions of followers of Instagram’s most notable meme pages, you may have noticed your timeline was taken over by a flurry of sponsored content for Mike Bloomberg’s presidential campaign.

The New York Times reported Thursday that a media and marketing company known as Jerry Media has brought together some of Instagram’s most popular accounts to create buzz for the Democratic presidential candidate.

According to the New York Times, Mick Purzycki, chief executive for Jerry Media, a media and marketing company noted for its efforts in promoting the infamous Fyre Festival, is the lead strategist behind a project known as Meme 2020. The company has partnered with several popular Instagram pages, each of which have millions of followers, to launch a viral ad campaign for the former New York City Mayor.

Over a dozen accounts posted what appeared to direct messages from Bloomberg’s personal Instagram account making requests for memes to help with his White House ticket.

The @GrapeJuiceBoys account, which has over 2.7 million followers, shows a message where Bloomberg’s account makes a request asking to help the candidate “look cool.”

The post has received over 100,000 likes and contains a disclaimer in the caption that reads “paid for by @mikebloomberg.”

Jerry Media’s own Instagram page, @f—kjerry, also posted one of these ads which appears to show Bloomberg’s account asking to “post a meme that lets everyone know I’m the cool candidate.”

“What did you have in mind?” responded Jerry Media’s account to which Bloomberg responded with a meme of himself captioned, “When you’re the cool candidate.”

Every ad posted by one of these meme accounts has featured a disclosure that they are paid advertisements.

While hundreds of followers of these accounts commented on the posts claiming them to be satire, a spokesperson for Bloomberg’s campaign confirmed to FOX News that the candidate has teamed up with a variety of “social creators.”

"Mike Bloomberg 2020 has teamed up with social creators to collaborate with the campaign, including the meme world. While a meme strategy may be new to presidential politics, we're betting it will be an effective component to reach people where they are and compete with President Trump's powerful digital operation," Bloomberg campaign spokesperson Sabrina Singh said.

Other candidates have tapped into the social influencer realm in hopes of broadening their prospective voting base. Bernie Sanders has received endorsements from Joe Rogan, the comedian and podcaster who wields a wide and influential online following. 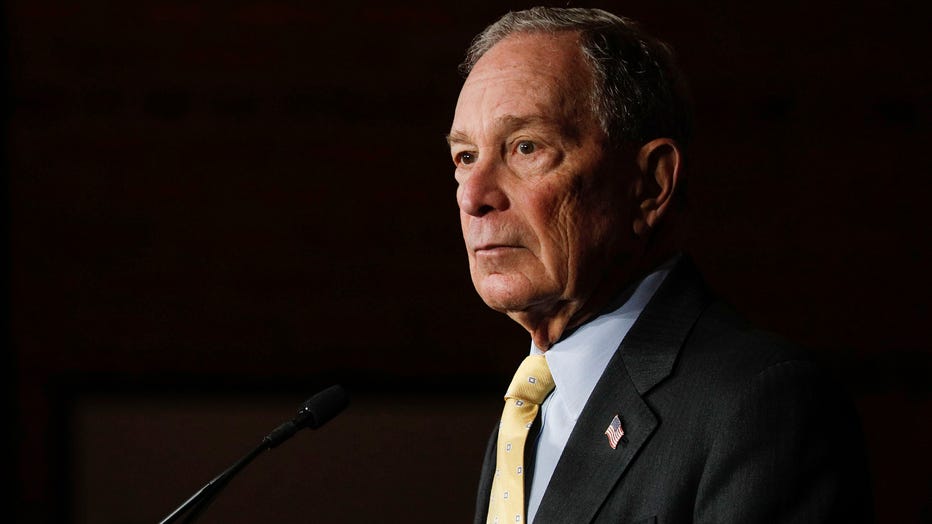 Before dropping out of the 2020 race, entrepreneur Andrew Yang was able to lock down several key endorsements from celebrities with a passionate digital fan base, like Dave Chappelle and Donald Glover.

However, this recent Instagram stunt may be just the beginning for Bloomberg. The Daily Beast reported last week that the Bloomberg campaign was offering “micro-influencers” a fixed fee of $150 to come up with reasons as to why Mike Bloomberg “is the electable candidate who can rise above the fray, work across the aisle so ALL Americans feel heard & respected.”