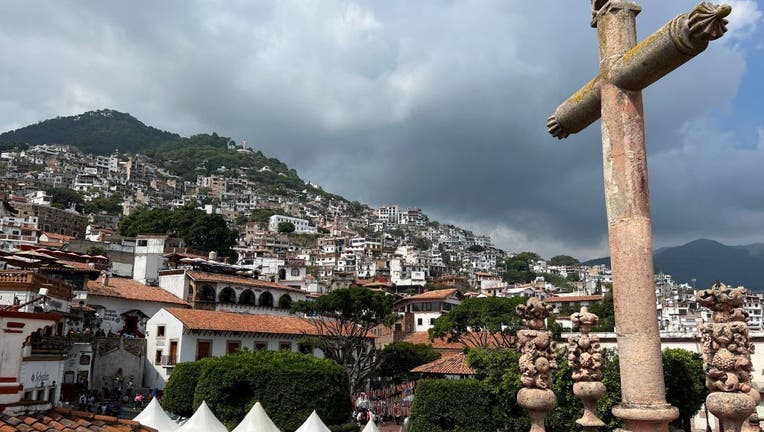 View of the cross at the Santa Prisca Church, located in the main square of the city of Taxco, Guerrero, Mexico on November 5, 2022. (Photo by Daniel Slim/AFP via Getty Images)

The United States Geological Survey said the earthquake’s epicenter was 2½ miles (4 kilometers) northwest of Corral Falso in the southern state of Guerrero. The area sits along Mexico’s Pacific coast between the beach resorts of Acapulco and Zihuatenejo.

There were no immediate reports of damage. President Andrés Manuel López Obrador said via Twitter that civil defense was checking for damage.

López Obrador later posted a video on Twitter of a live conversation with Guerrero Gov. Evelyn Salgado in which she said there were no reports of damages or casualties.

Mexico City Mayor Claudia Sheinbaum said there were no reports of incidents in the capital.