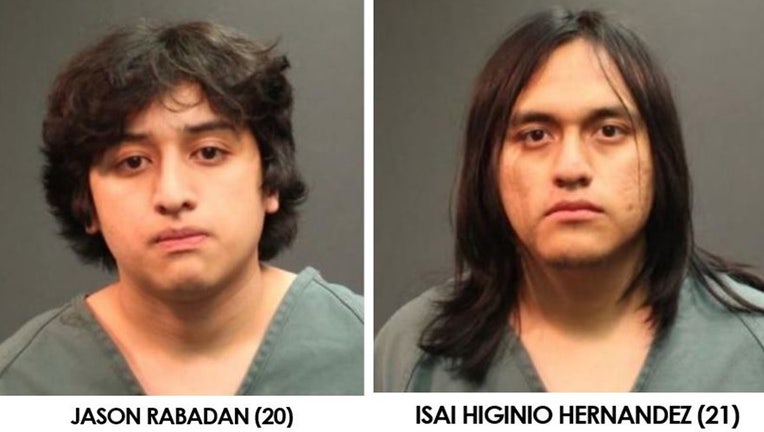 Isai Higinio Hernandez, 21, and Jason Rabadan, 20, were booked at Orange County Jail for multiple counts of committing lewd acts and for providing drugs to a minor. Their bail was set at $100,000 each.

One of the girls was reported as a runaway from Irvine, according to police who add that the victim was found inside the car with both suspects at the time of the suspects' arrest.

Detectives say the suspects targeted the Irvine area and believe there may be additional victims. Anyone with information regarding this case is asked to call Detective J. Gallardo at 714-245-8378, jgallardo@santa-ana.org or Orange County Crime Stoppers at 1-855-TIP-OCCS.