Scientists lowered the alert level for the Mauna Loa volcano on Hawaii's Big Island from a warning to a watch on Saturday and said the mountain's first eruption in nearly 40 years may soon end.

The U.S. Geological Survey’s Hawaiian Volcano Observatory said in a bulletin that the eruption on the mountain's northeast rift zone was continuing, but lava output and volcanic gas emissions were "greatly reduced."

"High eruption rates will not resume based on past eruptive behavior and current behavior suggests that the eruption may end soon," the observatory said. "However, an inflationary trend of Mauna Loa’s summit is accompanying the decreased activity and there is a small possibility that the eruption could continue at very low eruptive rates."

Meanwhile, it said, a lava flow front had "stagnated" nearly 2 miles from Saddle Road, the vital highway that residents and tourists alike use to travel between the city of Hilo on the east side of the island and coastal resorts to the west. 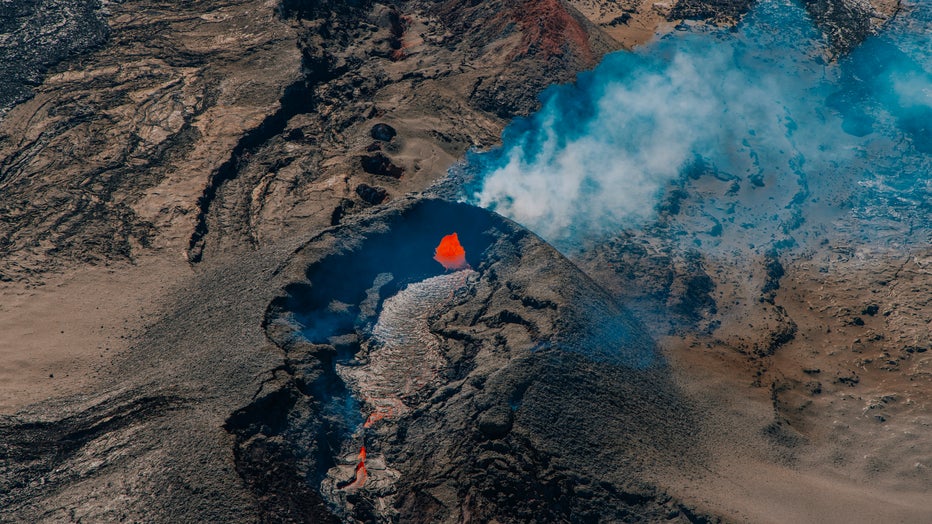 An aerial view of the Mauna Loa volcano erupting on December 9, 2022 in Hilo, Hawaii. For the first time in almost 40 years, the biggest active volcano in the world erupted prompting an emergency response on the Big Island. (Photo by Andrew Richard H

Scientists said earlier this week that the road was no longer under imminent threat from the lava, allaying fears previously that it could be cut off.

Mauna Loa began spewing molten rock Nov. 27 after being quiet for 38 years, drawing onlookers to take in the incandescent spectacle and setting some nerves on edge early on among people who've lived through destructive eruptions. For many Native Hawaiians, the phenomenon has a deep yet very personal cultural significance. 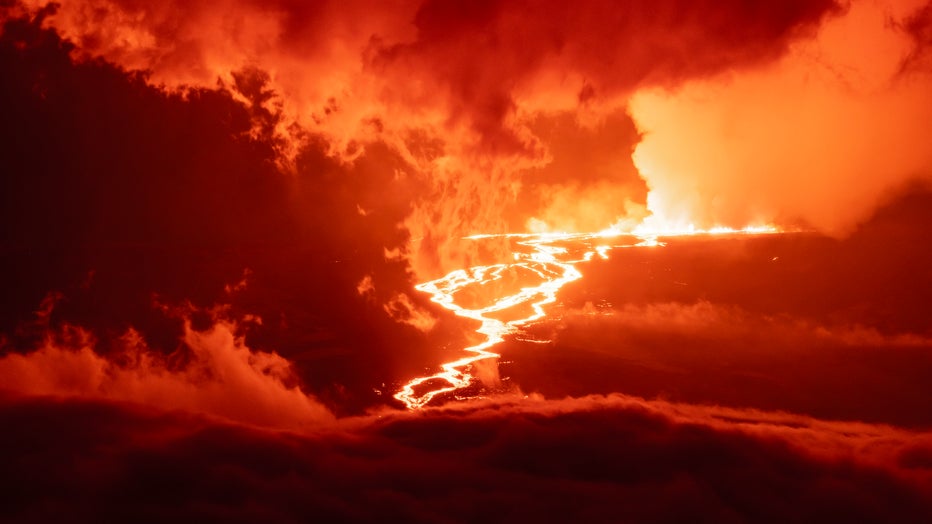 The Big Island's Mauna Loa Volcano erupts on November 28, 2022 on the Island of Hawaii. For the first time in almost 40 years, the biggest active volcano in the world erupted prompting an emergency response on the Big Island. (Photo by Andrew Richard

The observatory said its scientists were continuing to monitor the volcano closely, and flight restrictions remained in place in the area up to 1,500 feet (457 meters) above ground level.