SPRINGFIELD, Mass. - When sheriff’s deputies showed up to the Hadley, Massachusetts home of 55-year-old Rorie Susan Woods for an eviction call, they were met with resistance from Woods — who is accused of unleashing a swarm of bees on authorities.

On Oct. 12, deputies say, Woods had arrived at her home to find she was being evicted. Authorities noted she had several manufactured bee hives which were being towed by her SUV. As soon as Woods arrived, she began releasing the bees — which quickly became agitated as deputies tried to get a handle on the situation.

A sheriff’s deputy reportedly tried to stop Woods but was met with a furious swarm of bees that began surrounding deputies, forcing them to retreat. The aggressive swarm stung several officers and innocent bystanders, authorities said.

Amid the ongoing chaos, Woods had put on a professional beekeeper suit in order to protect herself while bystanders were busy fending off the irate winged creatures.

Woods was also seen carrying what appeared to be a tower of bees which she used to barricade herself behind the entrance to her residence in an attempt to put an end to the eviction.

Authorities say the eviction has been stop-and-go for the better part of two years.

"We are always prepared for protests when it comes to evictions, but a majority of the groups who protest understand that we are just doing our statutory duty in accordance with state law," said Sheriff Nick Cocchi in a statement. "And they appreciate how we go above and beyond to help the people being evicted with anything they need from food and temporary shelter, to longterm housing, employment, and mental health and substance use disorder treatment. But this woman, who traveled here, put lives in danger as several of the staff on scene are allergic to bees. We had one staff member go the hospital and luckily, he was alright or she would be facing manslaughter charges. I support people’s right to protest peacefully but when you cross the line and put my staff and the public in danger, I promise you will be arrested."

Witnesses say Woods was seen agitating the bees as much as she could in order to disrupt officers from their duties. 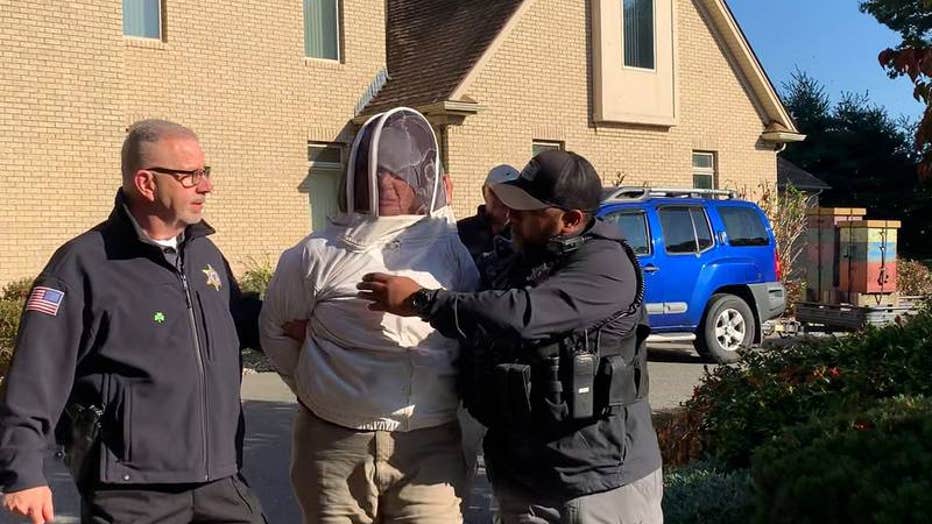 Rorie S. Woods pleaded not guilty at her arraignment on Oct. 12 in Springfield District Court and was released without bail, Masslive.com, citing court records, reported on Wednesday.

"Never in all my years of leading the Hampden County Sheriff’s Civil Process Division have I seen something like this," said Robert Hoffman, chief deputy of the Civil Process Office. "We truly try to help everyone we are court-ordered to evict and the New York Times even documented the Sheriff’s humane eviction process during the pandemic. I’m just thankful no one died because bee allergies are serious. I hope that these out-of-county protesters will reconsider using such extreme measures in the future because they will be charged and prosecuted."