FORT WORTH, Texas - A Marine veteran from Texas who had his legs blown off by a roadside bomb in Iraq has become only the second double amputee police officer in the United States.

The inspiring story belongs to Zach Briseno, 35, of Fort Worth, who refused to let the loss of his legs prevent him from achieving his dream of becoming a cop when he grew up.

The Fort Worth Police Department on Friday held a ceremony to swear in 24 new police officers, including Briseno. 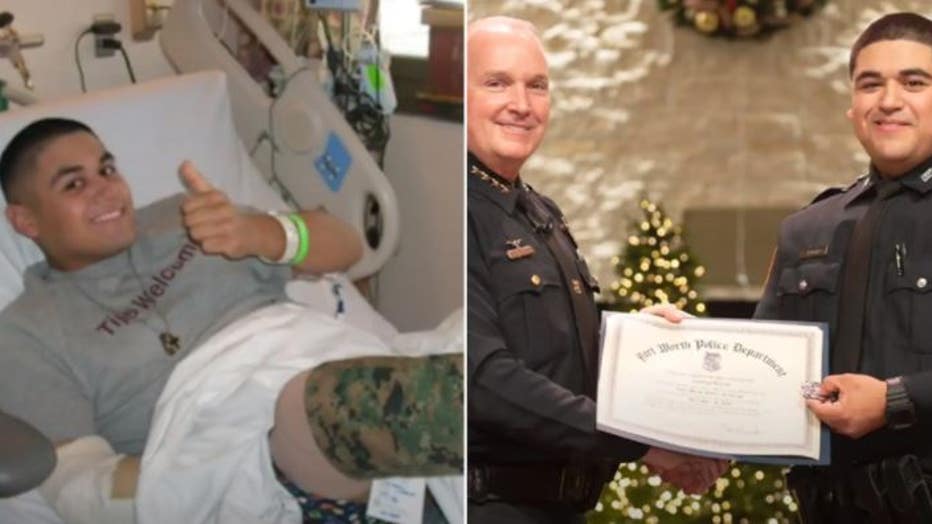 Zach Briseno, 35, became a Fort Worth police officer Friday, 13 years after his legs were blown off by a roadside bomb in Iraq when he was with the Marines. (Fort Worth Police Department)

“You can do anything you want to do, you just really have to put the work in for it,” he says in a video the Fort Worth Police Department posted on Twitter.

Briseno, who enlisted in the Marines after high school, was injured in 2007 in Iraq's Fallujah Province as he and other Marines were sitting in an armored vehicle that drove over a command-detonated improvised explosive device.

“I just remember telling them, hey tell my son I love him,” he said.

He learned to walk again with prosthetic legs. 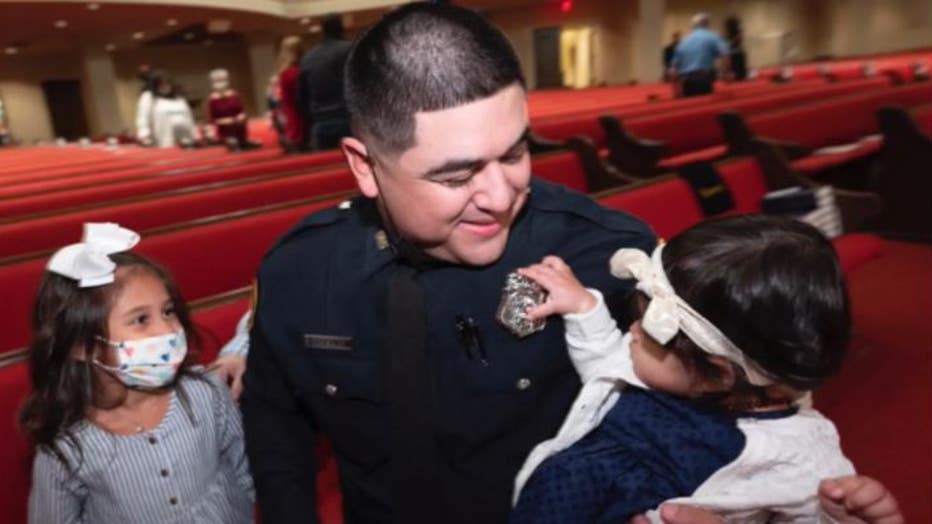 Zach Briseno dreamed of becoming a police officer growing up in Forth Worth, Texas. (Fort Worth Police Department)

NBC 5 Fort Worth reported that Briseno walks without a noticeable limp and ran miles and did other physical activities as part of his training in the police academy.

The dad of four also made it through the academy after being sickened with the coronavirus.

"Don't give up,” he told the station. “Leave the past in the past and keep moving forward. Our time tomorrow isn't always promised. You've got to make the best today."