ONTARIO, Calif. - A 20-year-old man was arrested over the weekend after police said he stole food while carrying a handgun and semi-automatic rifle at a Little Caesars pizza restaurant in Ontario.

According to police, Pablito Lucero of Ontario walked into the Little Caesars Sunday displaying a 9mm polymer handgun in the waistband of his pants.

Responding officers brought Lucero outside with the stolen food and discovered he also had a large "AR-15 style" rifle under his shirt, officials said. 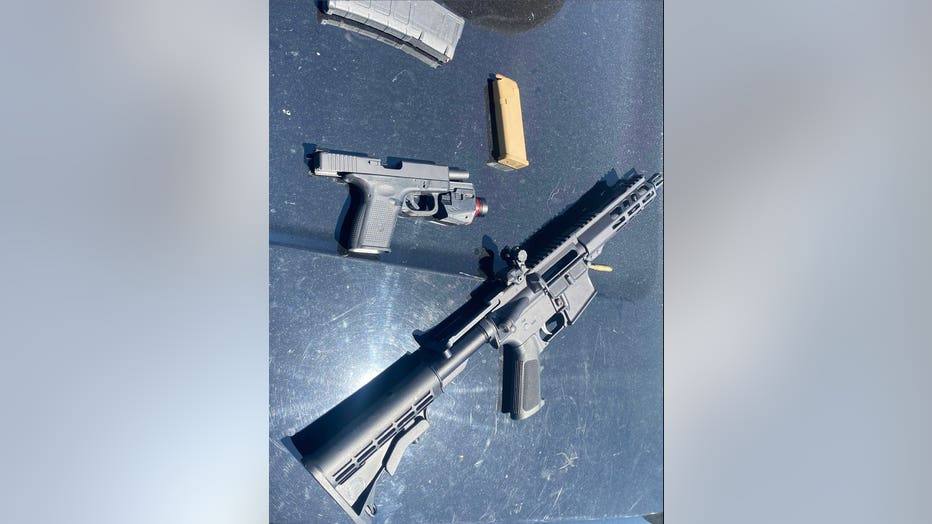 When Lucero refused officers' commands to put his hands up, a stun gun was used on him, and he was arrested, according to police.

Lucero was booked on robbery and multiple firearm charges.

Anyone with information is asked to call the Ontario Police Department at 909-986-6711.