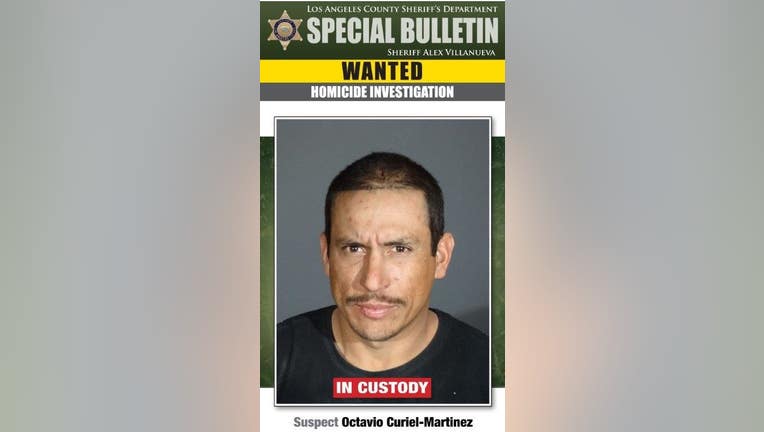 LOS ANGELES - A Mexican national suspected of killing his pregnant wife and her unborn child in El Monte was behind bars in Los Angeles on Wednesday after being extradited.

Octavio Curiel-Martinez, 37, was returned to Los Angeles from Mexico Friday, according to the FBI and sheriff's department.

Curiel-Martinez is accused of fatally shooting his estranged wife, Ana Maria Nunez, who was six months pregnant, according to Deputy Lillian Peck of the Los Angeles County Sheriff's Department. She was found suffering from gunshot wounds at an El Monte residence on Aug. 29, 2018. She and her unbornchild were pronounced dead at a hospital later that evening, according to the FBI.

Curiel-Martinez is tentatively scheduled to be arraigned Feb. 19 in Pomona.