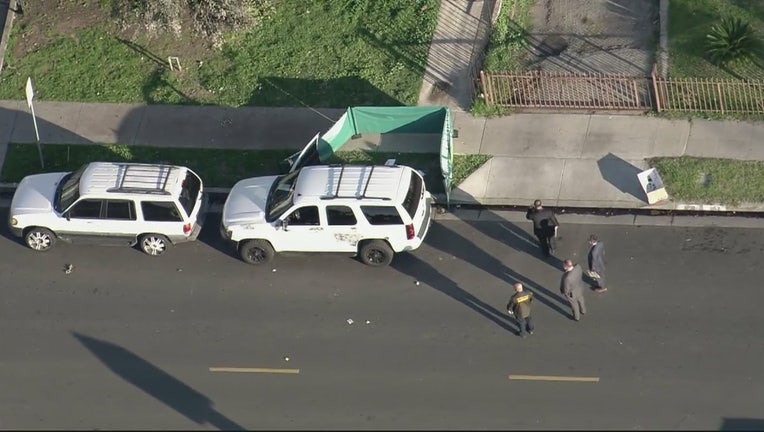 Robert Bueno, 32, of Compton, was shot and killed in the 11100 block of Duncan Avenue at about 1:20 p.m., according to the Los Angeles County Sheriff's Department.

Deputies responded to a gunshot victim call and when they arrived, they found the victim suffering from multiple gunshot wounds to the upper torso.

Bueno was pronounced dead at the scene.

The gunman remains at large. Suspect information was not immediately available.

SkyFOX aerial footage showed the immediate street closed off to traffic and a body covered in a white tarp lying on the sidewalk next to a white SUV.

Anyone with information about this homicide is asked to call the L.A. Sheriff's Department's Homicide Bureau at 323-890-5500. Those wishing to remain anonymous may call Crime Stoppers at 800-222-8477.