Vysocky, 34, from Riverside, California, had struggled with his weight for much of his life. At his heaviest – or at least his heaviest recorded weight – Vysocky weighed in at 505 pounds.

Although he tried different diets and programs, Vysocky said he gave up when he didn’t see results fast enough.

At the time, Vysocky had just gone through a break up and was isolating himself in his room. Instead of letting Vysocky wallow, his best friend confronted him.

"He was like, ‘Hey, I want to see you do better,’" Vysocky told Fox News. "We would always have these discussions, like how I would want to go do things, but I would always be like, ‘Oh, my weight is keeping me back.’ I couldn't do anything and he was like, ‘The only person that can make that change is you.’" 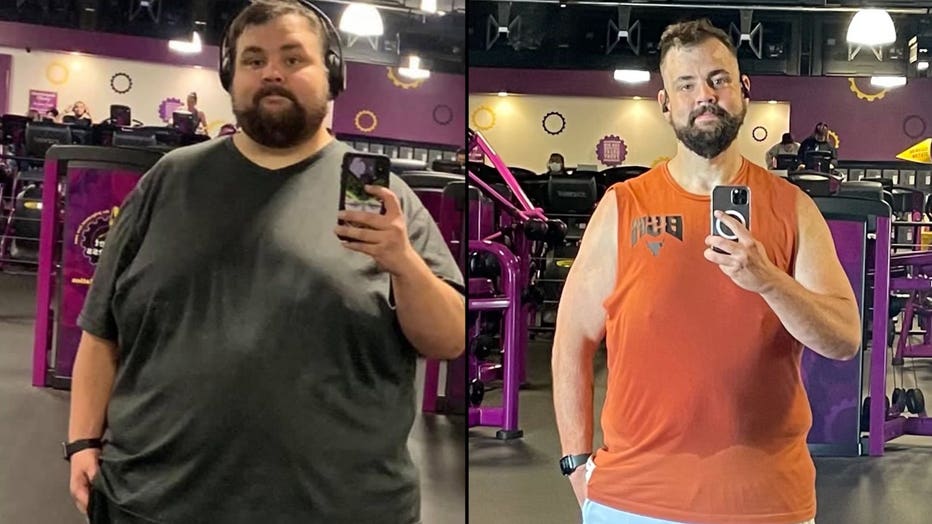 Vysocky said that’s when his friend started taking him to the gym every day -- despite Vysocky’s protests.

Eventually, Vysocky started enjoying the gym and decided to commit to going on his own.

"I kind of just gave myself a year and I said I got to really push myself and see if I could do it. And that's kind of where I began," he said. 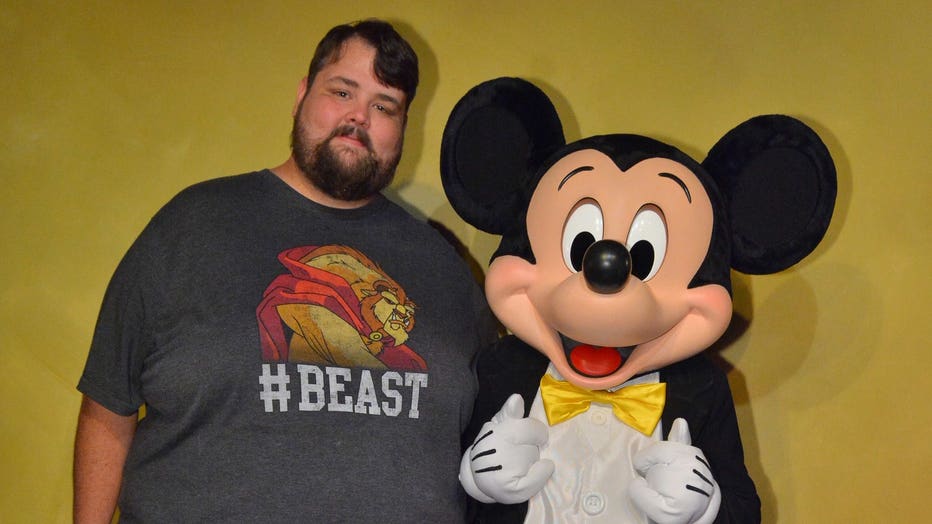 During that first year, Vysocky said he didn’t check his weight at all.

"If I didn't see any progress, I was afraid I was going to quit," he explained. "So I was like, 'Nope, I'm not stepping on the scale. I'll wait like a whole year and see where I'm at.'"

Instead of letting the scale demoralize him, Vysocky was inspired by gym motivations from Dwayne "The Rock" Johnson and his desire to get back to doing the things he loves, he said.

"It was a mixture of wanting to be healthier, wanting to keep going to theme parks, wanting to see what I could do in a year and see if I could lose weight in the year," Vysocky added. 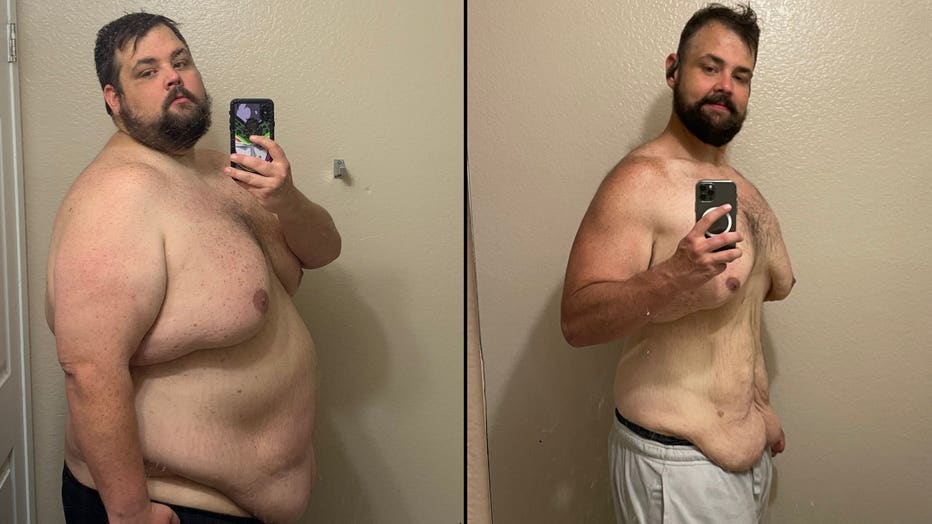 Finally, in 2018, Vysocky's friend pushed him to start going to the gym, which he did. (Courtesy of Stephen Vysocky) (FOX News)

Aside from going to the gym Vysocky also started changing his eating habits. About six months into his weight loss journey, Vysocky stopped drinking sodas and drank water instead. He also stopped eating fast food and his roommates taught him how to prepare healthier meals at home.

Even when he did go out, Vysocky started to make healthier choices.

After one year, Vysocky finally checked his weight again and realized he had lost 100 pounds. He decided to keep going for a second year – and then a third year – to see what else he could do.

Rather than working with a personal trainer or following a diet or program, Vysocky said he just learned about weight loss from YouTube videos. However, when the pandemic started in 2020, he did decide to do the keto diet – a low-carb diet – which he said helped a lot.

Today, Vysocky weighs about 265 pounds, down 240 pounds from his heaviest. Aside from feeling healthier and able to do the things he loves, including traveling and going to theme parks, Vysocky said he's noticed internal differences, too.

"I have more confidence," he said. "I notice I'll walk a little straighter and ... I can actually talk to people. When I was at my biggest, I'd be so scared to talk to anybody that I'd just be like nope, not talking to them. But now I can be out, I go and talk to people and I try to make new friends. My confidence level has risen one hundred percent."

Though he’s currently happy with his weight, Vysocky said there’s still one thing he wants to work on. 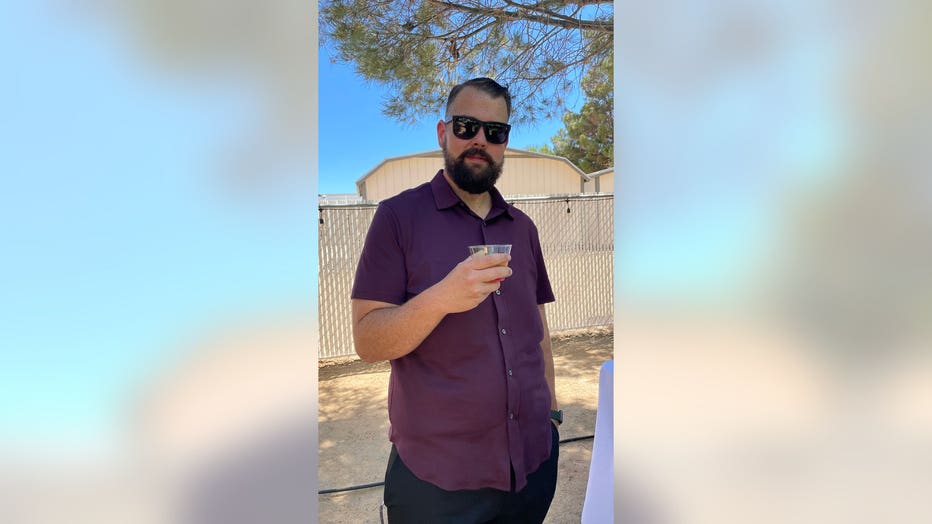 He told Fox News that since he's lost weight, "My confidence level has risen one hundred percent." (Courtesy of Stephen Vysocky) (FOX News)

"The one thing that I don't like is, because I've lost so much weight, I have a lot of loose skin," Vysocky said. "I'm trying to get that removed because there is a lot of complications now with my loose skin. And it also adds extra dead weight, pretty much, and there's no way I could lose that, no matter how hard I try."

A friend even made a GoFundMe to help Vysocky raise the money for the procedure.

Vysocky recently went viral on Twitter after he posted two pictures of himself: one from three years ago before his weight loss journey and the other at his current weight.

Aside from the more than 509,300 likes and 31,700 retweets, Vysocky’s tweet also inspired others to post their own weight loss journeys and successes.

Vysocky said that if he could go back three years ago, he would tell himself to, "just look at the little steps that you take day by day to get there," rather than looking at his weight loss journey as one big mountain to climb.

"Anything's possible if you keep your mind to it," Vysocky said.