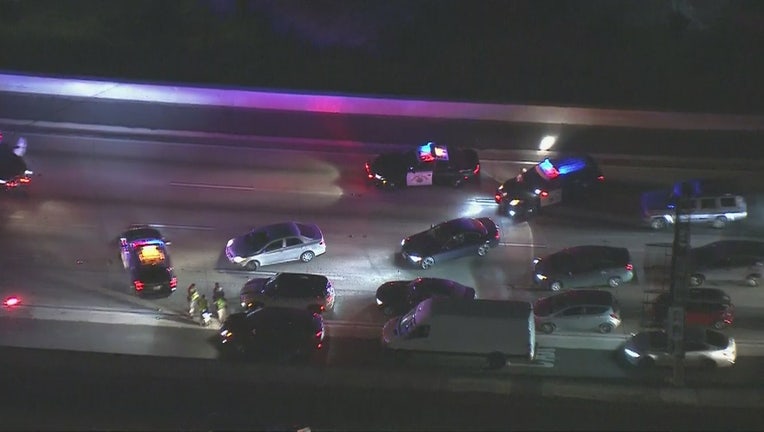 HAWTHORNE, Calif. - The northbound lanes of the 405 Freeway in Hawthorne re-opened early Wednesday following a deadly crash that snarled traffic for hours and took the life of a 35-year-old man.

A 35-year-old man was killed in a two-vehicle crash on the northbound lanes of the 405 Freeway.

The crash happened at about 9:45 p.m. on the northbound side of the 405 Freeway near W. Rosecrans Avenue that involved a 2009 Honda Civic and Infiniti SUV, according to California Highway Patrol.

All northbound traffic lanes were shut down at the Inglewood Avenue on-ramp and California Highway Patrol officers aimed to redirect stuck motorists off the freeway.

The driver of the Honda sedan, identified as 35-year-old Adam Herrera, lost control when his vehicle spun out and came to a stop facing the wrong way on the carpool lane with the vehicle's lights off. Two people in a 2007 Infiniti were going north in the carpool lane at about 55 mph when they crashed head-on, the CHP said.

Herrera died from his injuries sustained in the crash.

The two people in the Infiniti complained of pain, the CHP said. 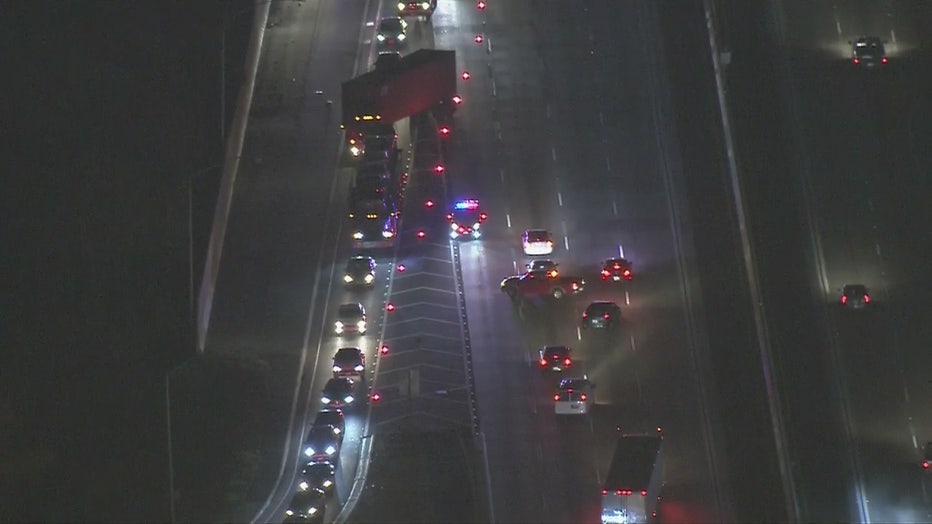 Anyone who witnessed this crash was asked to call Officer teNyenhuis at the West Los Angeles CHP Office at 310-642-3939.