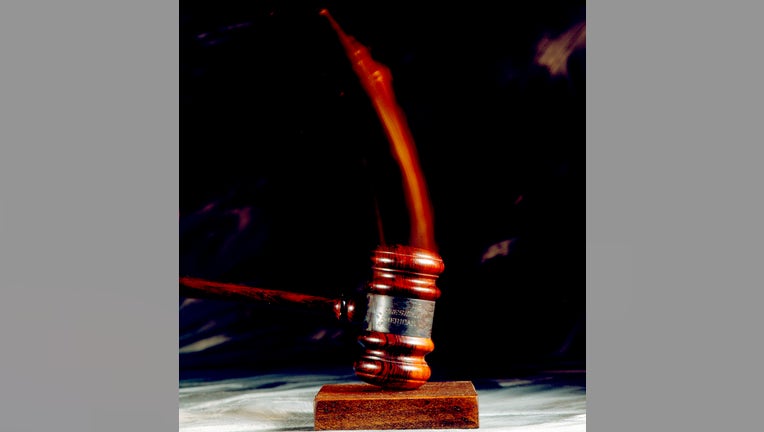 SANTA ANA, Calif. - A 64-year-old man was sentenced on Monday to 11 years in prison for the drug-related stabbing death of a young man in the mid-1980s in Garden Grove.

Menchaca got the maximum sentence for manslaughter. He was given credit for 3,214 days behind bars awaiting trial, so he will have about a year and a half left to do before he is freed.

Norma Hall said in a statement read aloud in court at the defendant's sentencing that he "took the most precious thing, my youngest son, away from me, his father and the rest of his family."

"You robbed him of a future, taking away his ability to have a family of his own," she wrote. "I will never have the joy of seeing the grandchildren that he might have given me and my husband, and he will never meet his nieces and nephew, who he would have loved dearly. Scott loved kids and babies and would have been a great father."

She said her husband "died not being able to see any justice for his son's death. You took away any chance at peace about Scott's death that my husband could have had before he passed. I miss my son every day and hope that you are sentenced to the maximum amount of time in prison for stealing him away from us."

Norma Hall was too ill to make the drive from Utah for the sentencing, according to attorney Jeannette Noceda, who read her friend's statement.

Noceda said she was a family friend who knew Scott Hall, who was stabbed to death in the 12600 block of Sunswept Avenue during a drug deal gone bad.

"He was a surfer, skateboarder, he loved to play sports... He was a good kid, and like many young people he started running with the wrong crowd and got involved with drugs and it ended up costing him his life," Noceda told City News Service.

Menchaca was initially charged with killing Hall in 1992, but the case was dropped for lack of evidence. The investigation was revived in 2015 and new technology helped prosecutors build a case that year based on DNA evidence.