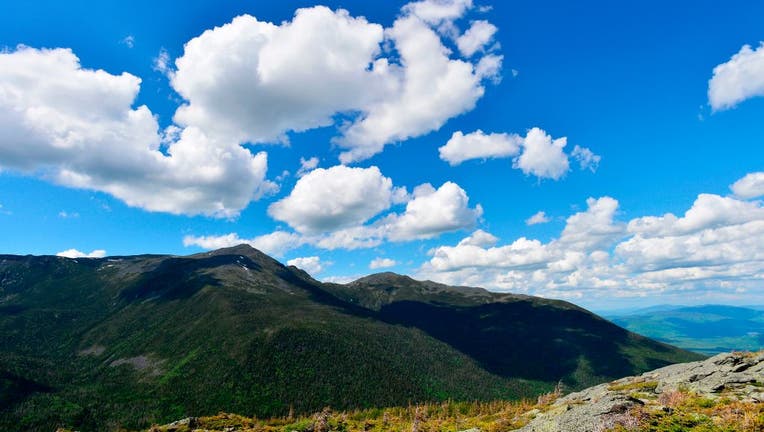 A view from the auto road on Mount Washington, standing at an elevation of 6,288.2 ft, looking out to the surrounding White Mountains, in the Presidential Range of the White Mountains in New Hampshire on June 12, 2020. (Photo by Joseph Prezioso/AFP v

CONCORD, N.H. (AP) - Members of a rescue group had to carry the body of a hiker nearly a mile in freezing temperatures and high winds after the man died on the Northeast's highest mountain, authorities said.

A group of hikers found the man unconscious and not breathing on Mount Washington’s Jewell Trail on Saturday afternoon, the New Hampshire Department of Fish and Game said. They called 911 and started performing CPR.

Members of one rescue group drove to the summit of the nearly 6,300-foot mountain and hiked down to the man, while another group rode up the mountain's famous Cog Railway and hiked in.

With no sign of life after 40 minutes, resuscitation efforts ceased, and rescue group members carried the body nearly a mile to the train.

A dog the man was hiking with was taken to an animal shelter until it can be reunited with the man's family.