Man dies after falling 50 feet onto deck of ship

A man died at the Port of LA Wednesday night after falling 50 feet onto the deck of a ship.

LOS ANGELES - A man fell to his death at the Port of Los Angeles in San Pedro Wednesday, according to the Los Angeles Fire Department.

The fall was reported shortly before 4:45 p.m. Wednesday. According to LAFD's Nicholas Prange, the man fell from the superstructure, which is the port's infrastructure, approximately 50 feet onto the deck of a ship in the port.

LAFD firefighters and paramedics worked to try to resuscitate the man, but he was declared dead on the ship deck. 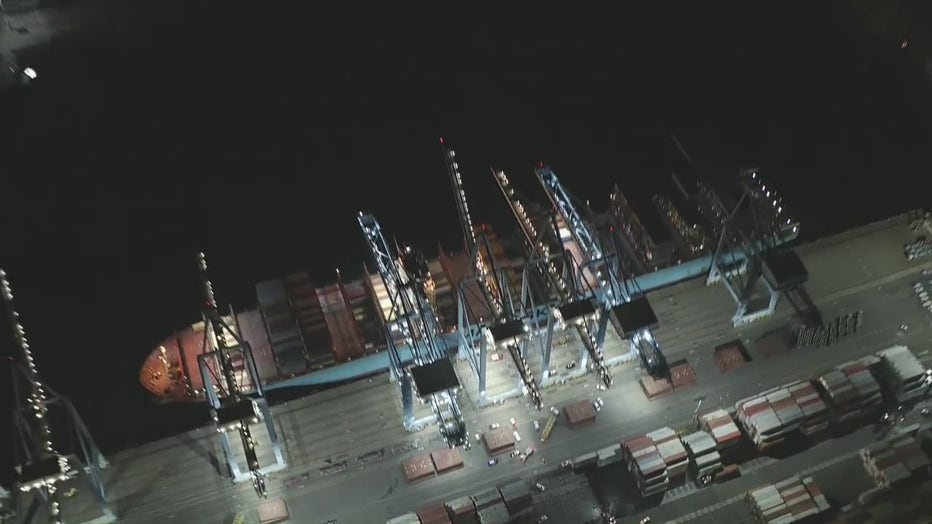 A man fell to his death at the Port of Los Angeles Wednesday.

Information about what led to the fall was not immediately clear. The Coast Guard was notified and the investigation was turned over to the Port Police.