SUV leads CHP on a chase towards Rancho Cucamonga area

A chase involving an SUV is underway in the Rancho Cucamonga area.

BALDWIN PARK, Calif. - A man was arrested Wednesday after allegedly failing to yield to the California Highway Patrol in Baldwin Park and leading officers on a slow-speed chase on the Foothill (210) Freeway.

CHP officers first attempted to stop the man, who was driving an SUV with a trailer attached, for allegedly driving too slowly and impeding traffic on the Santa Monica (10) Freeway in Baldwin Park.

The man failed to yield and led officers on a mostly slow-speed chase on the 210 Freeway through La Verne and into the Inland Empire.

Officers deployed spike strips three times during the pursuit in an attempt to stop the man, but he was able to avoid them. 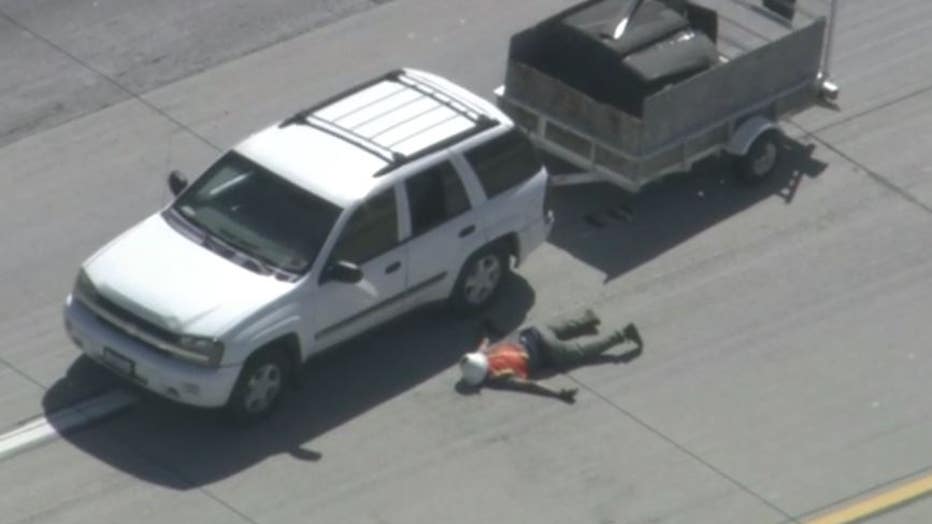 The man eventually stopped on the freeway in Fontana and surrendered to officers at about 3:10 p.m. CHP officers took him into custody and cleared his vehicle.

The man's identity was not immediately released.