Authorities said that Ryan Lee Meeker used his Ford F-150 pickup illegally equipped with red and blue lights and a siren to pull over a vehicle Monday in the French Valley area of Riverside County. 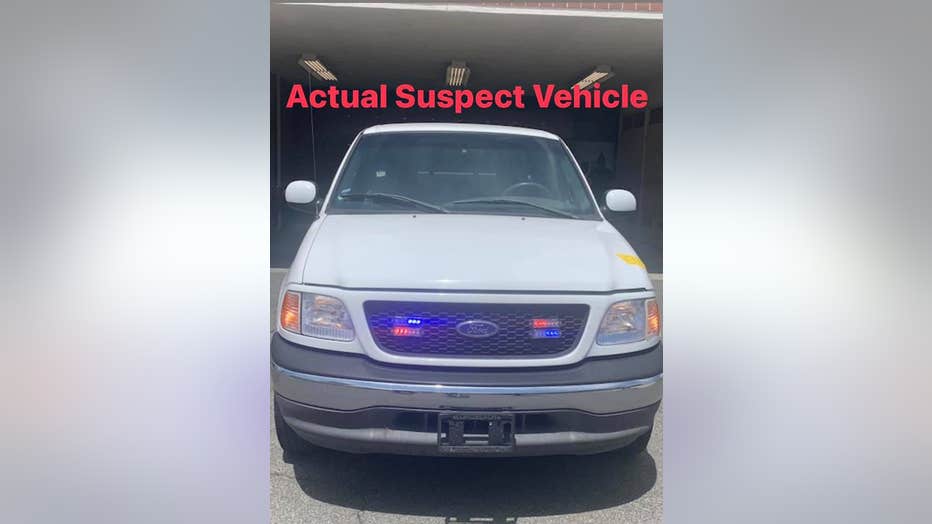 The motorist he pulled over realized Meeker was not a police officer and left the scene. Authorities said the victim had a dash camera that recorded the incident and she turned the footage over to the CHP.

Investigators identified Meeker as the suspect and conducted a traffic stop to execute search warrants of his residence and the Ford F-150. Authorities said a child was in the truck when they made the traffic stop.

He was arrested Wednesday and could face charges including impersonating an officer and child endangerment, the highway patrol said.

It was unclear if Meeker has an attorney who could speak on his behalf.