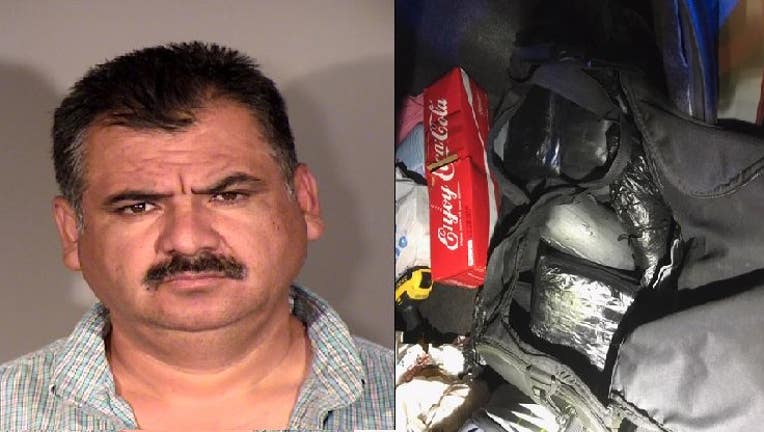 On August 2nd a Ventura County Sheriff’s Deputy and his K9 partner pulled over a vehicle near the Westlake Promenade for a traffic violation.

The driver identified himself as Oscar Sainz Ponce. During the traffic stop the deputy discovered Ponce had an active arrest warrant out of Orange County for driving on a suspended license. The deputy then deployed his K9 to search the man’s vehicle and soon discovered approximately 67 pounds of methamphetamine inside the trunk.

Ponce was arrested and booked for the Orange County Warrant where he remains in custody on $50,000 bail.