RIVERSIDE, Calif. - An 18-plane formation of historic warbirds will fly the skies above the Inland Empire, Orange and Los Angeles counties Monday in recognition of Memorial Day, saluting "veterans who gave so much,'' as well as health care workers taking risks daily amid the coronavirus emergency.

The formation has 19 designated flyover locations. The event is scheduled to start at noon.

The planned itinerary is as follows:

The Thunderbirds were in the Los Angeles metropolitan area two weeks ago. 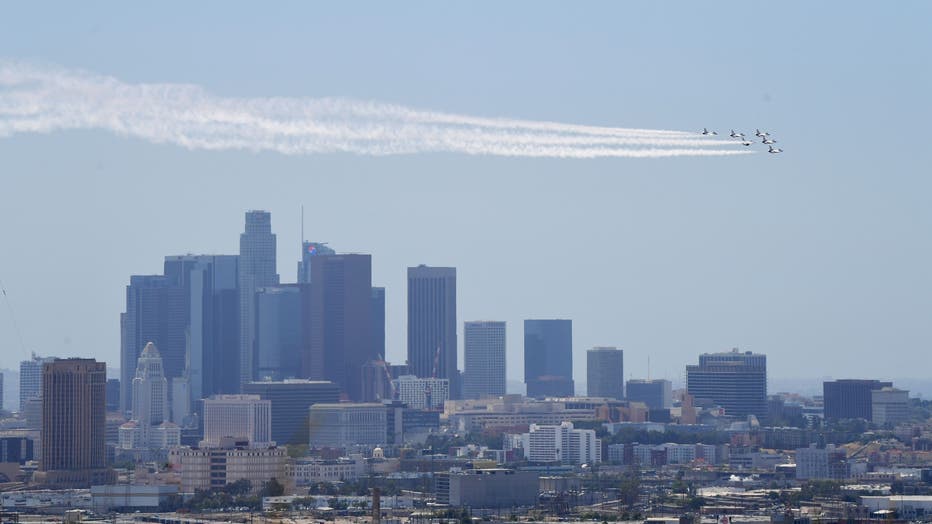 The US Air Force Thunderbirds fly over Los Angeles, California on May 15, 2020 as a salute to frontline COVID-19 workers and first responders. - "America Strong," to be held in various US cities, recognizes healthcare workers, first responders, milit

Prosser said he and CAF IE Wing Commander Steve Rose reached out to organizations statewide to solicit support for what's been dubbed "Memorial Day: Operation Social Strong,'' and the response was immediate.

According to Prosser, the IE Wing's Riverside-based "D-Day Doll,'' a Douglas C-53D manufactured in 1943 to carry paratroopers and cargo in World War II, will lead the formation, which will also feature C-47 transports, T-6 Texans and P-51 Mustangs.

"On the D-Day Doll, we'll be carrying a veteran from each war going back 80 years -- a World War II vet, a Korean War vet, a Vietnam vet, an Afghanistan vet and an Iraqi Freedom vet,'' Prosser said. "We cannot forget our veterans who gave so much. Memorial Day is about remembering those who gave the ultimate sacrifice. Veterans Day is for all veterans. But Memorial Day is to honor all those who secured the freedoms we have today.'' 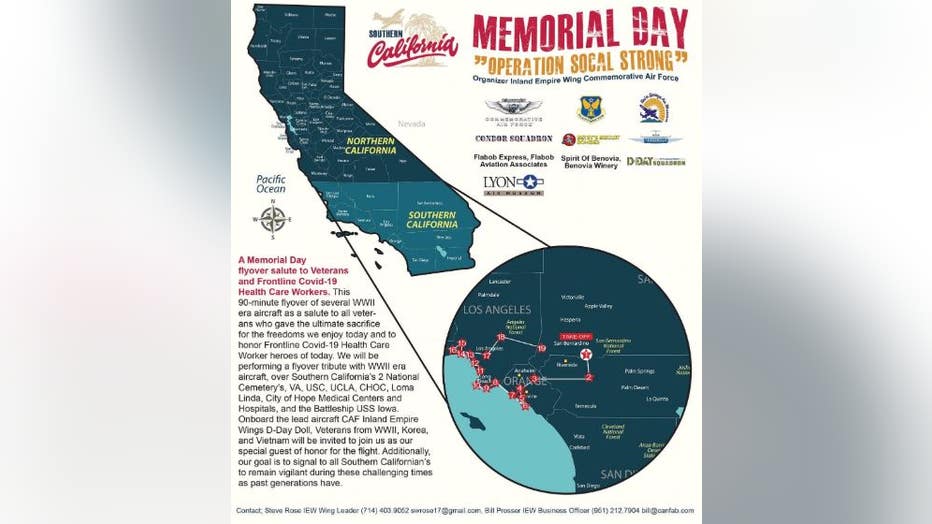 He said with health care workers on the front lines in the battle against COVID-19, they deserve recognition on the occasion, as well.

Along with the CAF aircraft, the Palm Springs Air Museum's Planes of Fame will be in the formation, as well as a Flabob Express transport from Jurupa Valley, a historic aircraft owned by the Benovia Winery in Santa Rosa and Betsy's Biscuit Bomber, a restored C-47 based in Paso Robles.