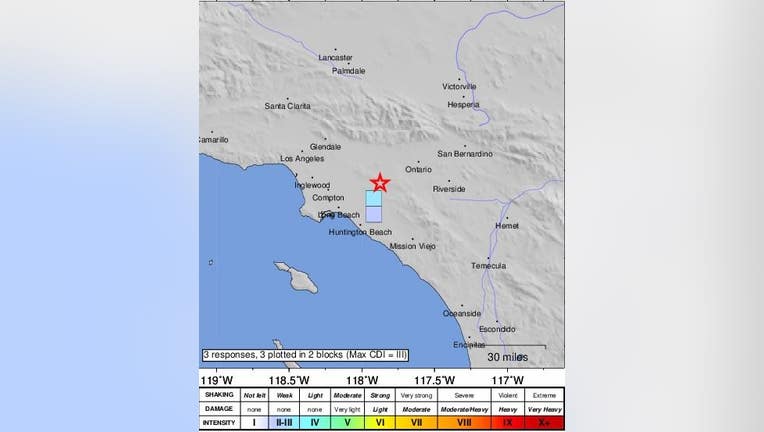 BREA, Calif. - An earthquake with a preliminary magnitude of 3.2 struck near Brea Wednesday evening, but no damage or injuries were reported.

The quake was reported at 7:26 p.m. and was centered less than two miles north-northeast of Brea, according to the U.S. Geological Survey.

The watch commander at the Brea Police Department said he felt "one quick jolt," but said no damage or injuries were immediately reported.