Luc Robitaille looks back on the legacies left by Mark Bavis and Ace Bailey, two LA Kings staffers killed in the Sept. 11 attacks.

ROLLING HILLS ESTATES, Calif. - For 20 years and countless games, the names "Ace" and "Mark" have been carried into battle on the helmets worn by the Los Angeles Kings.

Those names represent a painful chapter in the Kings franchise history. Garnet "Ace" Bailey and Mark Bavis, both LA Kings’ scouts were aboard United Flight 175. All those aboard that flight were lost when it crashed into the South Tower. 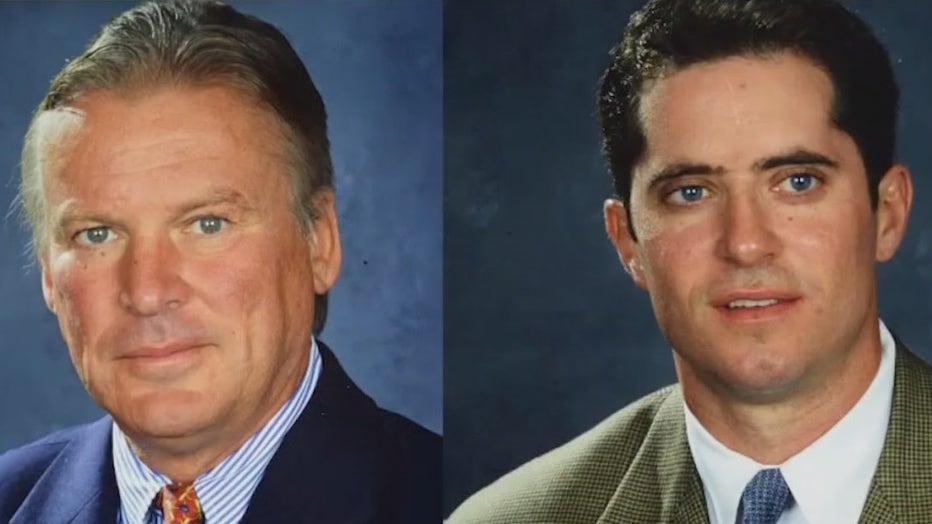 I sat down with LA Kings President and Hall of Famer Luc Robitaille in Rolling Hills to talk on a variety of topics. We spoke at length about the 20-year anniversary of 9/11 and its impact on this professional sports team.

It was clear the loss of 20 years ago is still fresh to this team. In fact, "never forget" is their mantra.

We looked at images taken at the Ground Zero Memorial Site. In 2012, when the LA Kings took it all, then LA Kings President Dean Lombardi wanted to share in the joy of the Stanley Cup with the families of Bailey and Bavis.

He then arranged for the families to join him there. It was a very private event. No cameras, except this one. A bittersweet moment. In one photo, an outstretched hand tracing the name Bavis where it’s permanently etched; in another, the Bailey family; the Bavis family the Stanley Cup; and Lombardi, smiling while holding team jerseys.

President Luc Robitaille told FOX 11 when he visited the memorial in 2012 and saw the names of his friends, "It just hit me."

The LA Kings legend went on to say of the site, "It was sacred. No other way to describe it."

And we learned of a quirky connection honoring Ace Bailey. The team mascot? His name is Bailey and he’s the namesake of Ace Bailey. Turns out Mascot Bailey is a fan favorite, and always draws a crowd.

The families of Ace and Mark have created foundations that raised hundreds of thousands of dollars in memory of their loved ones. A special thank you to the LA Kings for sharing these pictures with us. Robitaille summed it up this way, "Once a King, always a King."