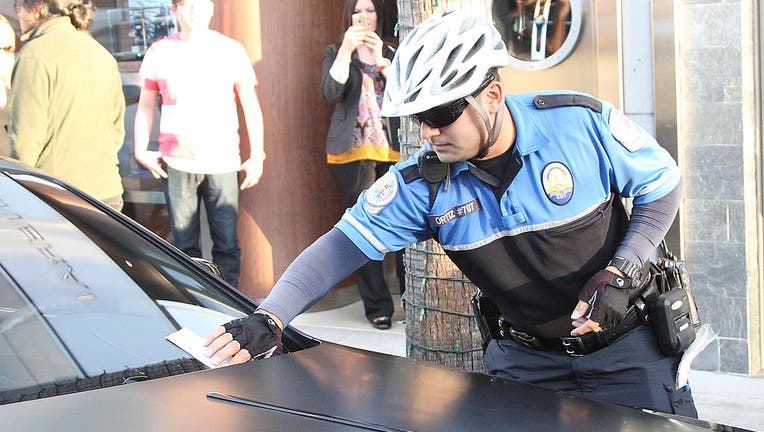 LOS ANGELES - While parking fines used to provide Los Angeles with net income, the city spent $192 million more in the last five years for parking and traffic enforcement than it generated in fines from the tickets, it was reported Monday.

The city brought it $617 million in parking tickets since the 2017 fiscal year, while it spent more than $809 million for salaries, equipment and other expenses related to it, according to data compiled by Crosstown, a nonprofit news organization based at the USC Annenberg School of Communication and Journalism.

In the 2020-21 fiscal year, which ended on June 30, the Los Angeles Department of Transportation spent $56.4 million more than it took in through tickets. The previous year had a shortfall of $64.4 million.

While the shortfall began before the pandemic, Crosstown's report cited the suspension of parking regulations during the first eight months of the pandemic. In January 2020, there were more than 200,000 tickets issued. Three months later, there were about 45,000.

The department also has staffing shortages, with 22% of traffic enforcement positions currently unfilled.

Crosstown noted that parking fines until 2017 were a reliable source of income for Los Angeles, with more than $20 million typically produced each year from the revenue, which the city used on parks, youth programs, trash cleanup and more.

The Los Angeles Department of Transportation's Director of Information, Colin Sweeney, told Crosstown that the department's costs increased because it is providing a record number of hours of service for a variety of citywide projects.

"Over the last decade, while revenue from citations has remained within a consistent range, our parking enforcement division has also provided a record number of traffic safety control hours for citywide projects, including street repair and maintenance, the construction and expansion of Metro Transit projects, and homeless encampment clean-ups," he said.