Long Beach's Billie Jean King main library is closing in-person services in the wake of safety concerns. The closure comes as the city deals with a growing homeless problem.

LONG BEACH, Calif. - When it opened in 2019, the $48 million Billie Jean King Main Library was a jewel in Long Beach’s downtown revitalization. Last year, issues with illegal encampments on the property while Civic Center construction was going on prompted the city to put up an 8-foot fence around most of the property, but people were still allowed to go inside the library.

Now, the doors are locked to walk-in customers, with to-go service being the only option. You make your request online or over the phone and then pick it up at the door.

The problem, explains Long Beach Councilmember Suzie Price, is safety. This library, as well as others in the city, are faced with angry, even dangerous encounters with some of the homeless people who would stay at the library during the day and outside at night. 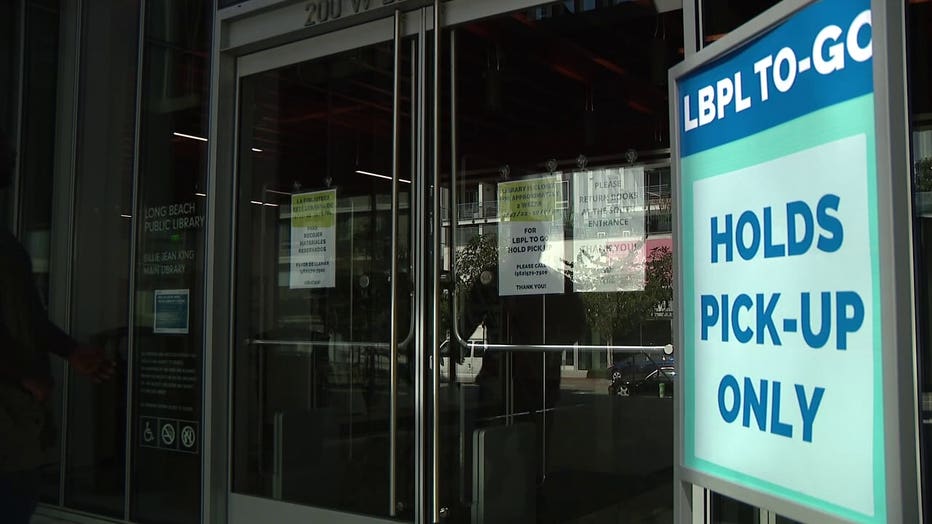 Long Beach PD says they don’t have enough staff to patrol this, or other libraries going through the same issues, so the to-go service will remain, for now.

Price, who brought up the issue of homeless scattering downtown after Metro trains ended their routes, admits they have to come up with more solutions and partner with private agencies.

"We are shouldering a regional problem, where we are being overwhelmed with people from other areas," she said.

For the many patrons turned away at the door, by staff trying to be as helpful as possible, there was a visible disappointment.

"We understand the safety issues" said one first-time visitor from Compton.

"These are public spaces, homeless or no homeless, they need to be open to the public," the visitor said.