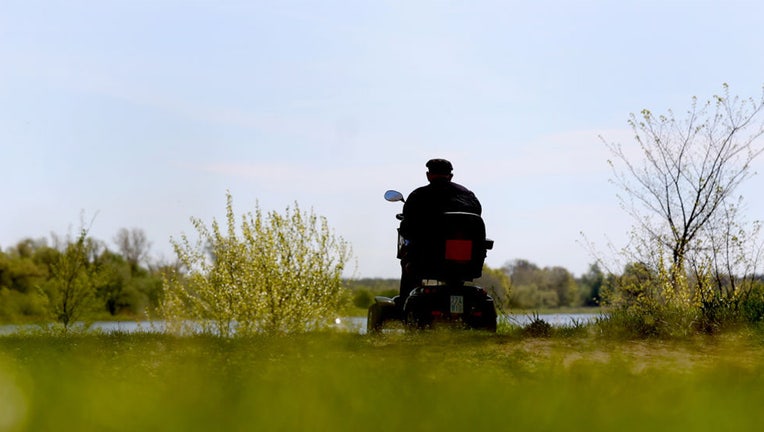 FILE - An elderly man sits on his electric scooter in the city park. (Ronny Hartmann/picture alliance via Getty Images)

Being lonely and feeling unhappy can accelerate the aging process more than smoking, according to a recent article published in Aging-US.

"We demonstrate [that] psychological factors, such as feeling unhappy or being lonely, add up to one year and eight months to one’s biological age," said lead author Dr. Fedor Galkin, director of scientific business development at Deep Longevity in Hong Kong, according to a statement.

"The aggregate effect exceeds the effects of biological sex, living area and marital and smoking status," he said. "We conclude the psychological component should not be ignored in aging studies due to its significant impact on biological age."

Everyone has a chronological age that is determined by their birthdates, according to the paper. 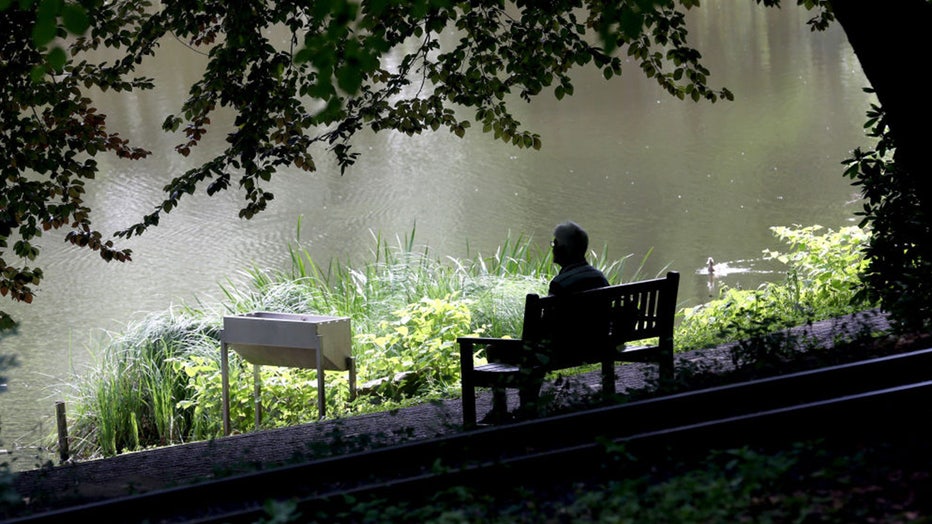 FILE - An elderly man observes what is happening on the water at a park.  (Roland Weihrauch/picture alliance via Getty Images)

But we also have an "aging clock" that is influenced by our genetics, life choices and the environment, the report added.

The international research team noted that molecular damage accumulates as we age, which contributes to the development of diseases.

‘FOUNTAIN OF YOUTH’ TO PREVENT SOME EFFECTS OF AGING MAY HAVE SURPRISING SOURCE: STUDY

But for some people, the aging process moves more quickly, which is referred to as "accelerated aging."

The researchers developed an aging clock based on blood panels from the China Health and Retirement Longitudinal Study (CHARLS) dataset to define the biological age in a sample of Chinese adults.

CHARLS is a nationwide study that includes a Chinese population older than 45 years; it includes information on the participants’ social and economic status, health history, biometrics and blood panels.

The authors noted that China has the lowest percentage of "successful agers" among East Asian countries.

"A successful ager is a person over 65 years old with no major disabilities and with normal cognitive function and social engagement," according to the study. 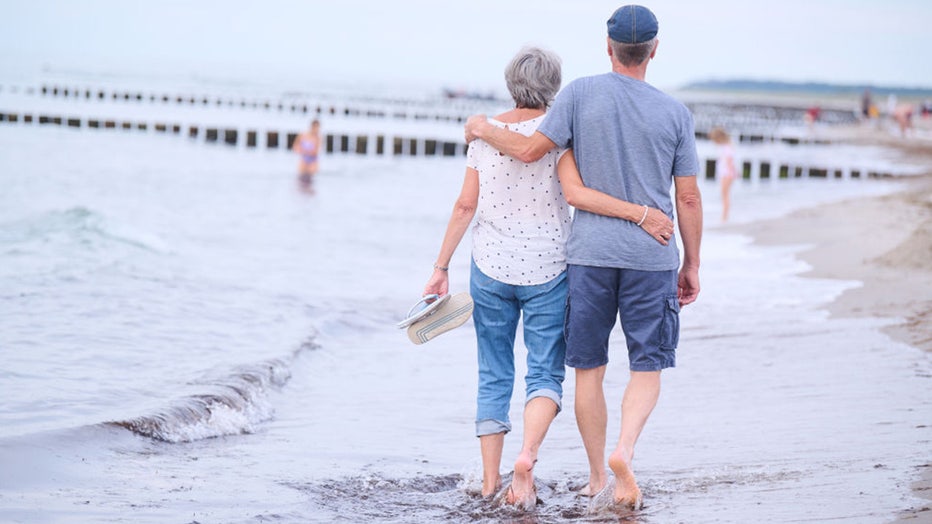 The researchers developed a new "aging clock" with blood and biometric data of 11,914 Chinese adults.

BREATH TRAINING MAY HELP REDUCE BLOOD PRESSURE BY SERVING AS A ‘DUMBBELL FOR THE DIAPHRAGM': NEW STUDY

It is the first of its kind to be used on a Chinese cohort of this magnitude.

What is an ‘aging clock’?

"An aging clock is a digital model of aging [based] on thousands of human samples," Galkin told Fox News Digital.

"It learns to identify the footprints of aging by inspecting biomarker profiles annotated with chronological age."

AGING FASTER IN ADULTHOOD LINKED TO HEALTH CONDITIONS IN ADOLESCENCE

He explained that the "aging clock" can estimate a person’s age by looking at that person's biomarkers.

He noted that "if a person is recognized by this model as an old person, their molecular aging processes are accelerated."

The study found that people with a history of stroke, liver and lung diseases — as well as smokers — had accelerated aging.

But it also found that a "vulnerable mental state" can accelerate aging.

Feeling hopeless, unhappy and lonely increased one's biological age more than smoking, according to the group's press release. It also found that being single and living in a rural area (and facing a lack of adequate medical services) were also linked to aging acceleration.

"Mental and psychosocial states are some of the most robust predictors of health outcomes — and quality of life — yet they have largely been omitted from modern health care," said co-author Manuel Faria, who is affiliated with the department of psychology at Stanford University, in a press release.

The study notes that one limitation was the survey method: Participants were asked questions about their psychological well-being by ranking the frequency of certain feelings or issues during the prior week.

Another study limitation was that the research only included participants who were part of a Chinese older adult population — so the findings of the new study need to be replicated in a comparable Western population, Galkin told Fox News Digital.

"In combination with our previous study, we now have a way to improve one's longevity potential using only behavioral measures," Galkin added.

"This concept has been implemented in FuturSelf.AI, which we are planning to perfect later."

FuturSelf.AI offers a free assessment about a user’s "psychological age." Deep Longevity of Hong Kong released it earlier this year.

The early detection of accelerated aging can have real-world applications to "help prevent the onset of aging-related diseases or find ways to slow down aging," said Galkin to Fox News Digital.

The study’s aging clock could also motivate future ways to "slow down or even reverse psychological aging on a national scale," added co-author Dr. Alex Zhavoronkov, CEO of Insilico Medicine, which is in Hong Kong and New York, in a press release.

The authors conclude that how we age is nuanced. Aging is determined not only by physical factors but also to some degree by our emotional well-being and social status.

"We interpreted biological age as a proxy for the general state of health and show that positive feelings (happiness, hope, safety) have a significant impact on the former," the paper said.

"The study findings further support the necessity of companionship and a psychologically pleasant environment for healthy longevity."