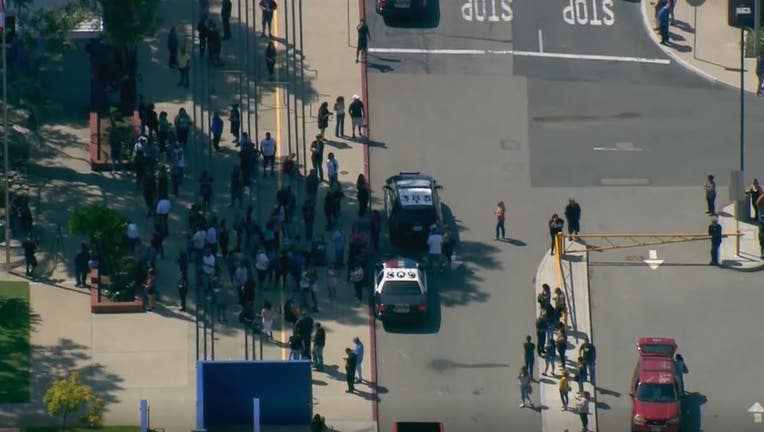 SAN DIMAS, Calif. - Authorities Thursday searched the campuses of San Dimas High School and nearby Lone Hill Middle School after an anonymous call was received alleging the presence of a man with a gun, but no such person was found.

"There were anonymous calls from one source about a person with a gun on campus. No weapon was found, there was no actual sighting of a person with a gun. There were no injuries. This investigation continues, but we have... clear indications this was a prank call," the statement said.

After the calls were received, the schools had been placed on lockdown.