LOS ANGELES - “People will pay any price and do anything if they think it’s going to protect them,” says Shelly Gate.

Just as millions of people across the globe have done since the coronavirus outbreak began, Gate of Hawthorne turned to the internet to buy a face mask.

She thought she was getting what’s listed as an anti-viral N-95 mask from a company called EM General with a CEO named Mike T. 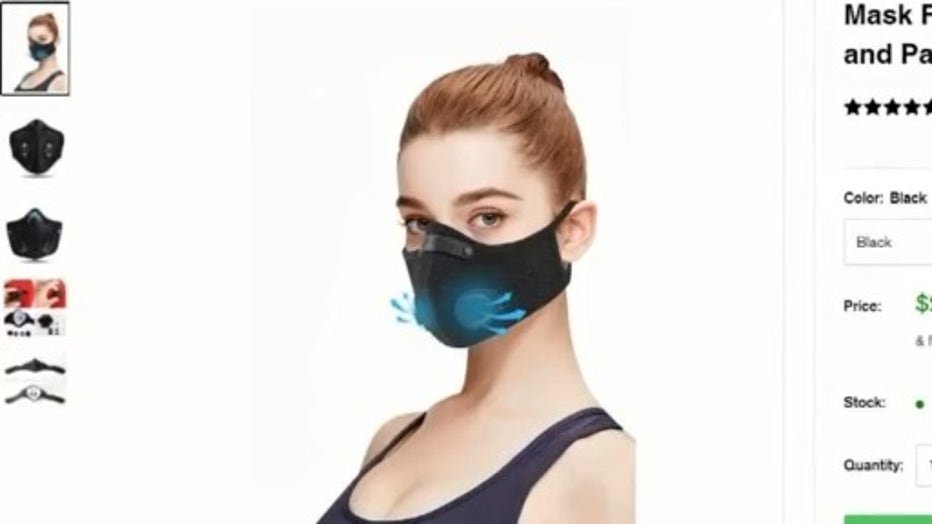 Turns out, Gate is just one of hundreds of unhappy customers across the country.

A criminal complaint obtained by FOX 11 lists four victims, including three in the Bay Area who collectively lost more than $450.00.

There are pages of complaints about EM General on a website that tracks scams and on the Better Business Bureau site, a warning to consumers.

“Anything that has to do with coronavirus right now really needs to be met with skepticism,” says Troy Baker of the BBB in Western Michigan ,where authorities tracked down the man behind the mask.

He was arrested at the end of April in Michigan. He’s now facing federal wire fraud charges. He made his first court appearance – no plea was made.

Fox 11 reached out to the suspect. His father, a pastor in Michigan, tells us: “We have no statement to make except that my son is innocent.”

The EM General site is still running but with a message that’s wrought with grammatical errors – a clue authorities say should give shoppers pause.

“If you’re going to shop online, use websites you already have a good track record with,” says Baker.

As for Gate, she’s not worried about her money.  She just hopes others don’t get taken.

If convicted, Stevenson faces up to 30 years in prison.

To check a company’s legitimacy, check out the Better Business Bureau’s scam tracker at www.bbb.org/scamtracker