LOS ANGELES - A lawsuit was filed Wednesday against the La Luz del Mundo megachurch and its leaders, who are facing sexual assault and sex trafficking charges.

At 11 a.m., attorneys from Greenberg Gross and Jeff Anderson & Associates discussed the case filed on behalf of one of the alleged victims.

“For the first 30 years of my life I was taught to believe that my body, my mind, my soul, belonged to La Luz del Mundo because it ‘was the will of God.’ From the age of 9, I was taught by my own family and community that my eternal soul depended on me sexually pleasing La Luz del Mundo apostles," the victim, Sochil Martin said. "For nearly 22 years, I was made to work for, travel for, lie for and give my body to an organization that saw me as nothing more than a source for profit and sexual pleasure.”

Naasón Joaquin Garcia, 50, the leader of the Guadalajara-based La Luz del Mundo -- The Light of the World -- was arrested in June on suspicion of sexually abusing three girls and a woman in Los Angeles County.

“Hundreds, if not thousands, of other children before me and after me suffered the same fate. I come forward today because this has to stop. Generations of young children raised in La Luz del Mundo have been forced to become the sexual servants of La Luz del Mundo’s apostles,” Martin added.

Garcia was charged alongside two other co-defendants -- Alondra Ocampo, 36, and Susana Medina Oaxaca, 24. 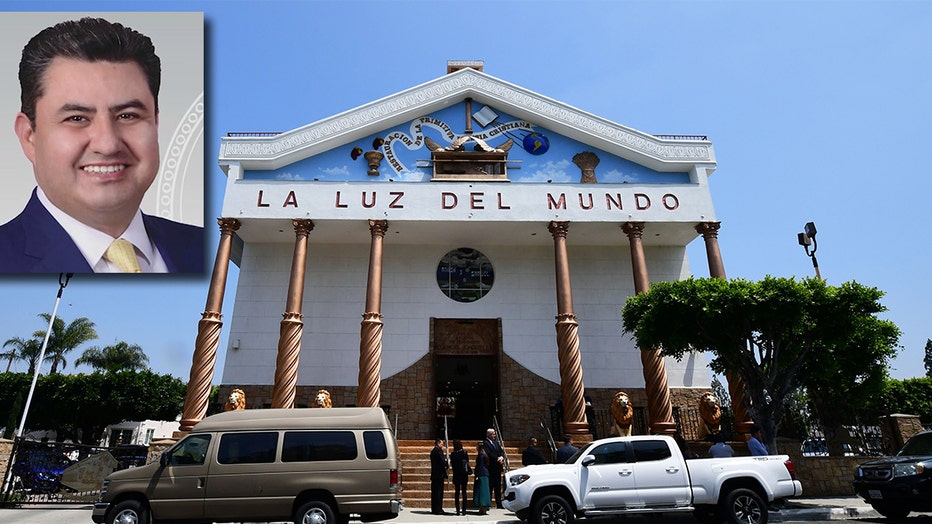 People congregate in front of the La Luz Del Mundo (The Light of the World) Church in Los Angeles, California, on June 5, 2019. - The leader of the church Naason Joaquin Garcia, 50, was arrested in California, June 4, on charges of human trafficking, (Getty Images)

“Girls that should be playing with friends and enjoying their youth spend their time learning how to dance for and touch apostles," Martin claimed. "As they grow up, these children are forced into more horrific sexual acts and they can never say no. Their parents, their community and their ministers teach them that ‘God wants this.’”

The church claims to have a worldwide membership of more than 1 million people and has about 40 locations in Southern California. The church was founded by Garcia's grandfather.

Ashley Valdez, a spokesman for the church, vehemently denied the allegations against the man viewed by followers as an apostle of Jesus Christ.

"The church categorically rejects each and every allegation made against him,'' Valdez said.

A fourth defendant wanted in the case, Azalea Rangel Melendez, remains at large and is charged with one count each of forcible rape and forcible oral copulation.

“It will never stop unless we make it stop. Naasón Joaquin Garcia is in jail but La Luz del Mundo and Naasón’s enablers continue to commit crimes every day,” said Martin.