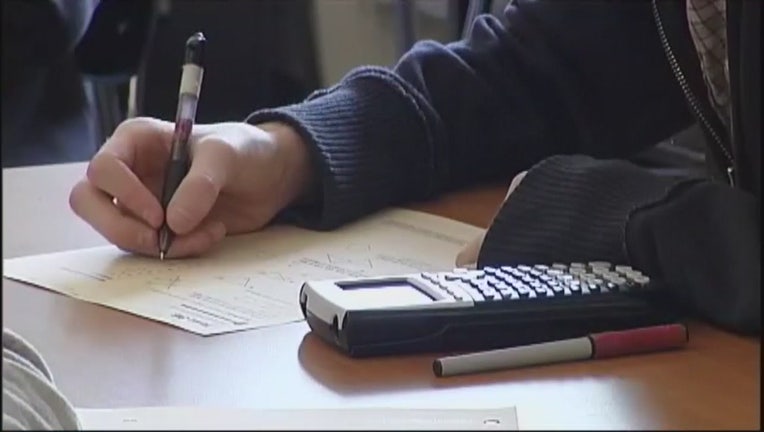 LOS ANGELES - A lawsuit filed against the University of California claims the standardized college admission exams SAT and ACT discriminate against low-income applicants.

A lawsuit filed against the University of California claims the ACT and SAT discriminate against low-income applicants.

The lawsuit was filed Tuesday by local students, six advocacy groups and The Compton School District.

It is the first lawsuit of its kind and if implemented, would impact 200,000 students admitted to the nine UC schools each year.

The lawsuit claims the UC admission process is “unconstitutional,” and is “economically biased.”

Around 1,000 colleges have made test scores optional and the lawsuit hopes the UC system follows suit.

“When it comes to the SAT and ACT, I’ve come to terms with the fact that it’s not really based off of intelligence, “ a UCLA student told FOX 11. “It’s mostly based off the type of tutoring and training that you get for it, like the type of books that you read. So, individuals that are living in low-income neighborhoods are not getting that type of service. They’re not going to be getting of tutoring that’s required for that exam.”

UC officials say they are disappointed by the timing of the lawsuit as the admission process for the fall semester is underway.