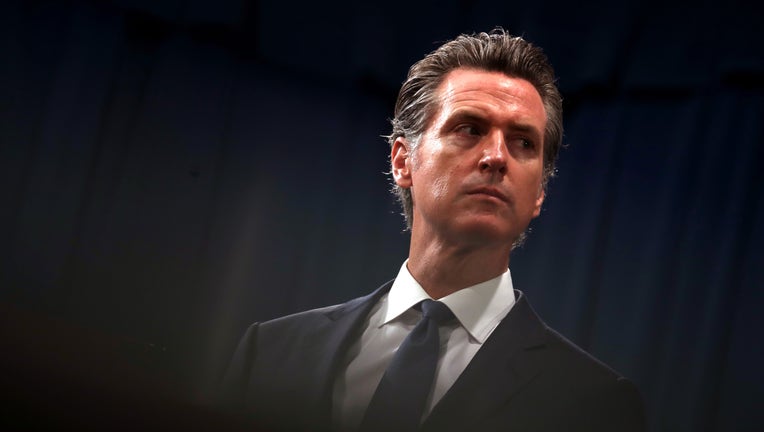 SACRAMENTO, Calif. - Law enforcement officials are investigating escalating threats of death and violence against California Gov. Gavin Newsom, his family and the wineries, shops and other businesses he founded.

A voicemail and emails provided to the Sacramento Bee contained graphic abusive language about Newsom, violent sexual threats against his wife and a reference to his children. The newspaper said one communication included a threat to burn down one of the wineries owned by PlumpJack Group, the hospitality company Newsom founded in 1992, with patrons inside.

Brian Ferguson, a spokesman for Newsom’s Office of Emergency Services, said he couldn’t answer specific questions about the threats but confirmed that law enforcement agencies are investigating.

"We can confirm that we are aware of these threats," Ferguson wrote in a statement. "Any threats against elected officials, including public or private property, are taken seriously and closely monitored by the appropriate local, state or federal law enforcement."

The Democratic governor is the subject of a recall effort pushed by political foes angered over his aggressive approach to the coronavirus outbreak. Newsom received wide praise when he issued the nation's first statewide stay-at-home order last spring, but there has been growing public unrest over subsequent health orders that closed schools and businesses, and investigations continue into a massive unemployment benefits fraud scandal.

False rumors spread online that Newsom has given coronavirus aid money to his own businesses. In fact, PlumpJack Group received about $2.8 million in loans through the Paycheck Protection Program administered by the federal government, not California.

Newsom placed all of his businesses in a blind trust when he took office to reduce potential conflicts of interest. The trust legally bars him from being involved in the businesses’ day-to-day operations or participating in buy-and-sell decisions.