LOS ANGELES - Finding that the Board of Education's authority is "great, but not unlimited," a judge Tuesday ruled in favor of the father of a 12-year-old student who challenged the Los Angeles Unified School District's student coronavirus vaccine mandate, finding that the resolution approving the directive clashes with state law. 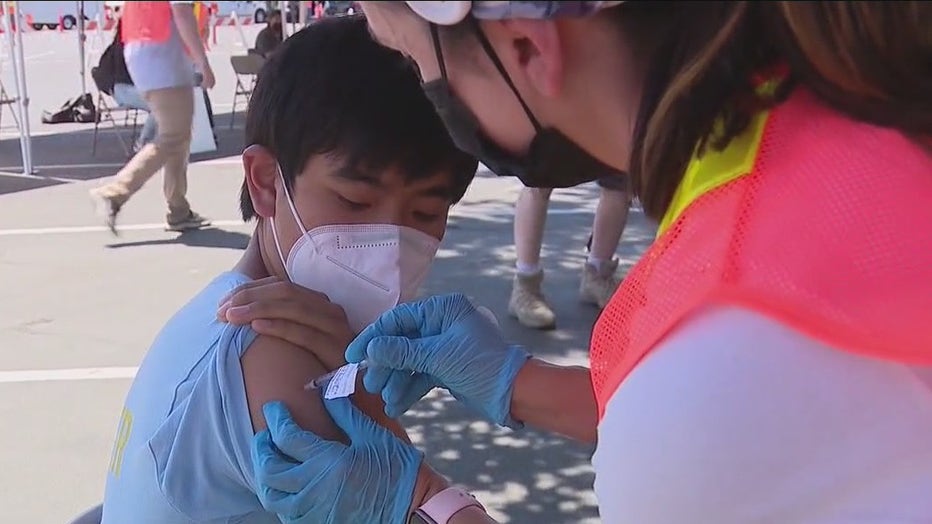 Three months after hearing arguments and taking the case under submission, Los Angeles Superior Court Judge Mitchell Beckloff reversed his tentative ruling in which he said he was initially inclined to find in favor of the LAUSD in the case brought by the father, who is identified in court papers only as G.F. and his son as D.F.

G.F. filed the case last Oct. 8 on behalf of himself and his son, a Science Academy STEM Magnet school student. G.F. maintained the state and not the LAUSD is authorized to issue vaccination mandates and that the district's requirement that unvaccinated pupils 12 years old and over attend independent learning classes outside campus violates the state Education Code.

The judge noted in his ruling that if D.F. remains unvaccinated, he will be forced to leave the academy and be subjected to a different curriculum. Beckloff further said that while the Board of Education's authority is "great," it is not unlimited. He found that the student vaccine resolution approved Sept. 9 conflicts with state law and clashes with the state Health and Safety Code by not allowing exemptions for personal beliefs.

"While LAUSD argues the court's ruling should apply to D.F. only, the court finds no justification for such a limitation given the board's lack of authority to adopt the resolution," Beckloff wrote.

In a sworn declaration, G.F. says he believes the vaccine could irreparably harm his son, who has already contracted and recovered from the coronavirus and may have strong natural immunity.

"Further, I worry that vaccinating him could prove even more dangerous now that he has had COVID-19," G.F. says. "Among other things, I fear that the vaccination could overexcite his immune system and antibodies."

Having weighed those risks against what he believes to be a "statistically minuscule risk" that his son will contract the coronavirus again, G.F. says he "vehemently objects to LAUSD's attempt to force his (son's) vaccination."

D.F. has received all other required childhood immunizations, according to his father.

In their court papers, LAUSD lawyers maintain that the court relief sought by G.F. and his son "fails on every conceivable level" and should have been denied.

The relief sought by G.F. "asks this court to ignore the life-threatening risks presented by COVID-19 and the corresponding threat it poses to public education..." the LAUSD attorneys argued in their court papers.